Shops in Scotland have no date for reopening (pic: Terry Murden)

First Minister Nicola Sturgeon is facing further demands to provide a firm timetable for Scottish businesses after Boris Johnson said most shops in England are likely to reopen on 15 June.

The Prime Minister told a news conference that from next Monday outdoor markets and car showrooms could be reopened as soon as they are able to meet the COVID-19 secure guidelines, and all other non-essential retail from 15 June if the government’s tests are met.

“There are careful but deliberate steps on the road to rebuilding our country,” Mr Johnson said.

Contrary to some London-based media reports referring to “UK” and “British” shops, the new policy will apply only to England. Cynics suggested that the news was announced as an attempt to defuse the ongoing row over Downing Street adviser Dominic Cummings.

Scottish retailers have been given no firm dates, only a four-phase programme which is conditional on controlling the virus.

David Lonsdale, director of the Scottish Retail Consortium, said: “Retailers in England are in the enviable position of knowing who can re-open and when, underpinned by new official guidance to help them operate safely.

By contrast retailers here in Scotland don’t have a firm timetable to work towards; the devolved administration’s own retail-specific official guidance is yet to be published; and there remains ambiguity over who exactly will and won’t be permitted to trade whenever we do enter the next phase of exiting lockdown.”

Mr Lonsdale added:  “Scottish retailers of all sizes and formats are working hard to get ready to re-open safely, putting in place the necessary social distancing and hygiene measures to protect customers and staff. Whenever that day comes retail will be ready to play its part in getting Scotland’s economy moving again.”

Helen Dickinson, chief executive of the British Retail Consortium, said: “We welcome the announcement of the Government’s roadmap for reopening a broader range of shops next month, which provides much needed clarity on the route ahead.

“Safety is the fundamental concern for all retailers and they have been working hard to implement the necessary measures to operate safely over the past weeks.

“Now that we know which shops can open and when, retailers can begin communicating their plans with their workforces and customers. The industry stands ready to play its part in getting the economy moving again.”

Asked by Daily Business today why businesses that have instigated health and safety precautions cannot restart, the First Minister said the government was working on a sector by sector approach.

Many businesses will have to wait a further four weeks before they can re-open, but Ms Sturgeon said it is important to work methodically and with assurances for both employers and trade unions “so there is confidence in people going back to work”.

She said some of that guidance will be published over the next few days.

“We still have to limit the interactions between people,” she said. 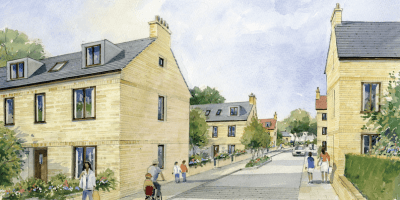