Budget airline expects to be one of the survivors

Ryanair expects to book a €200 million record loss in the first quarter because of the Covid-19 crisis but believes it will be one of the survivors as competitors shrink, fail or are acquired by government bailed out carriers.

The budget airline said the next year will be “difficult” but insisted that “unlike many flag carrier competitors, Ryanair will not request or receive state aid.”

Consultations about base closures, pay cuts of up to 20%, unpaid leave and up to 3,000 job cuts (mainly pilots and cabin crew) are under way with staff and unions.

The Group expects a smaller loss in Q2 (peak summer) and said it will carry fewer than 80m passengers next year – almost half its original 154m target.

Ryanair plans to operate 1,000 flights a day from July but said its return to scheduled flying “will be rendered significantly more difficult by competing with flag carrier airlines who will be financing below cost selling with the benefit of over €30bn in unlawful state aid, in breach of both EU State Aid and competition rules.”

Even so, it issued a bullish prediction “beyond the next year”, stating there will be “significant opportunities for Ryanair’s low cost, growth model as competitors shrink, fail or are acquired by government bailed out carriers.”

The Dublin-based company reported a full year profit to the end of March of €1,002m, compared to €885m last year. Its balance sheet is one of the strongest in the industry with a current cash balance of €4.1bn.

Since mid-March, the group has implemented a series of measures to preserve cash, cut costs, cancel share buybacks and defer operating and non-essential capex spending.

As a result, average weekly cash burn has dropped from approx. €200m in March to just over €60m in May.

This liquidity will enable the group to weather Covid-19 and emerge stronger when the crisis passes.

“Our focus will remain on cash preservation / generation and the repayment of maturing debt over the next 24 months.”

It is over a year since the group was due to take delivery of its first Boeing 737-MAX-200 aircraft.  Boeing is currently guiding a late summer return to service in the US for the B737-MAX.

Ryanair said: “We believe it will be at least October before we receive our first MAX-200 aircraft. We remain fans of, and committed to, these “gamechanger” aircraft with 4% more seats and 16% lower fuel burn, which will transform Ryanair’s cost base for the next decade.

“We are currently reviewing short-term growth plans and are in active negotiations with both Boeing and Lauda’s A320 lessors to reduce planned deliveries over the next 24 months to reflect slower traffic growth post Covid-19 in 2020 & 2021.” 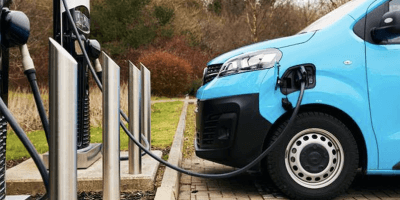