One in three workers to be offered homeworking option

Homeworking has quickly become the norm for many

More than one in three employers will allow their staff to work from home when the lockdown ends in what will represent a major shift in working patterns.

A survey has revealed that 52% of Scottish employees now work from home and 36% of companies will be more likely to grant requests for homeworking.

Many businesses have been able to continue working to similar and, in some cases, enhanced output levels during the lockdown. Some report higher productivity as employers devote less time to travelling and meetings.

Firms have also reported big savings in costs of energy, other office-related expenditure and a reduction in absenteeism.

The survey commissioned by the CIPD, the professional body for HR and people development, found that before the coronavirus only 8% of the workforce would typically work from home all the time, with 18% working from home on a regular basis (for example at least once a week).

When asked about the challenges employers have faced as a result of this shift, most have cited the unsuitability of certain jobs to remote working (57%), followed by an insufficient number of laptops and computers (40%) and reduced mental well-being of staff due to isolation (37%).

Many companies have invested in IT and quick training programmes to ensure their staff have the equipment and the ability to work and communicate remotely.

There has been widespread adoption of virtual meeting programmes such as Teams and Zoom.

More homeworking could see many firms downsize their offices, and for office demand and rentals to fall. It would reduce traffic on the roads and on public transport. Other services, such as cafes and restaurants would see their takings hit.

There are concerns that some companies will use homeworking as an excuse to cut the cost of employment, by forcing workers to shoulder the cost of accommodation and changing their status to self-employed status.

Some workers complain that they feel isolated and omitted from key meetings and decision making. The lack of visibility means it is more difficult to assess their abilities and progress.

In short to medium term the demand for homeworking will be influenced by attitudes towards the virus and social distancing. Some workers have indicated an unwillingness to return to busy offices, while some firms say social distancing will be unworkable.

Lee Ann Panglea, head of CIPD Scotland and Northern Ireland, commented: “It is clear that the changes in how we work in Scotland are unprecedented.

“With over half of the workforce now working from home, employers and employees face a raft of challenges they need to overcome to remain productive as well as protect their well-being.

“It remains to be seen whether the pandemic results in a permanent shift towards increased homeworking, but we hope that attitudes to flexible working, from employers in particular, will improve.” 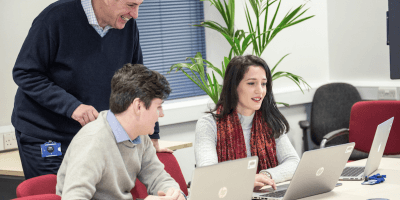