Materials and minerals group MengTai is building a distillery in Inner Mongolia and has awarded the Rothes company the fabrication work for the still.

He said “Building a distillery in Inner Mongolia is the brainchild of MengTai’s chairman Mr Ao FengTing.

“In our view, there was never any contest. Forsyths is the first choice supplier and leading edge manufacturer of distillery equipment anywhere in the world.”

The contract was agreed at the end of last year but the project was delayed because of the lockdown in China during January and February and now in Scotland. However, it is now back on track and will be delivered within twelve months.

The Scottish Chambers of Commerce played a significant role in securing the deal when hosting a high level delegation from the Inner Mongolian Autonomous Government in May last year.

This involved the CEO of MengTai a company with assets worth £3 billion and which has recently diversified into internet e-commerce and modern financial services.

A Memorandum of Trade was signed in London between the Chambers and the Inner Mongolian General Chambers of Commerce. This took place at the 15th World Chinese Entrepreneurs Conference held in the Excel Conference Centre, London in October.

Forsyths managing director Richard E Forsyth said: “We look forward to delivering a first class malt whisky distillery in Inner Mongolia, our first contract in this province and a proud moment for our company.”

Richard Lin Lu, a senior UK-based representative of the MengTai Group added “despite the difficulties in these novel and trying times, we are working closely with Forsyths to avoid delay caused by the virus.

“We have so much to learn from the Scottish whisky industry – the cultural and historic “Home of Whisky’. So, we hope not just to bring the best Scotch Whisky production and technology to China, we also aim to bring Scotland’s profound and unique whisky culture to the Chinese consumer, especially the younger generation”

Liz Cameron, director and chief executive of the Scottish Chambers of Commerce commented: “This is a fantastic development especially in the current global economic crisis we are all facing with the Coronavirus.

“Through our International Trade Partnership with the Scottish Government, this helped facilitate the unique trading relationships which has been formed between Inner Mongolia and Scotland enabling this fantastic contract to be signed.

“It confirms that opportunities do exist and we look forward to building on this fantastic trade relationship as we move forward to rebuild our economy.” 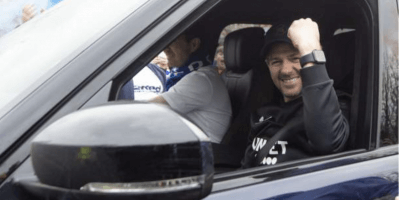