Marshall Dallas: ‘we need to get the wheels turning’

The chief executive of the Edinburgh International Conference Centre says some countries are treating conferences differently to other mass gatherings which are banned under social distancing rules.

Conference facilities are likely to lose tens of thousands of pounds in revenue following cancelled events and Mr Dallas fears the impact on the economy will be significant.

“Other European countries such as Spain and Germany have clearly differentiated between business events and large gatherings,” said Mr Dallas.

“My ask is that the Scottish government makes a similar distinction in order that we get the wheels turning sooner rather than later and get this massive contributor to the Scottish economy open and trading.”

Conferences and AGMs have been cancelled at venues across the country, despite the introduction of additional health and safety measures such as more hygiene signage, PPE equipment and hand sanitisers.

Among the events that were due to take place at the EICC was this week’s Lloyds Banking Group AGM which will follow others by becoming a virtual event.

Mr Dallas said discussions have taken place with a number of event organisers and some have been moved functions to the end of this year or next year. 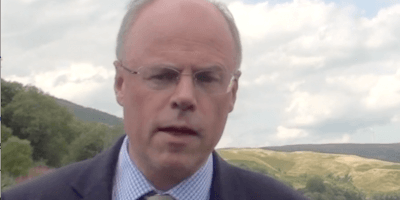