Dominic Cummings today said he has ‘no regrets’ over his decision to drive 250 miles to see his parents in Durham.

The Prime Minister’s chief adviser, speaking at a press conference about the trip just days after the ‘stay home’ lockdown was announced, said he had acted reasonably. He said he made no offer to resign his position.

“I don’t regret what I did,” he said. “Reasonable people may disagree about how I thought about what to do in the circumstances but I think what I did was reasonable in these circumstances.”

He said there were numerous “false stories” in the media saying he made a return visit to Durham and he insisted that he behaved “reasonably and legally.”

He added that he would “respectfully disagree” that he should have stayed in London, stating that there was ‘no one in London’ who could look after his child.

Asked if had offered his resignation to the Prime Minister, he said: “No, I have not offered to resign. No, I have not considered it.”

The Prime Minister’s top aide has been at the centre of a public and political storm following revelations that he drove with his family from London to north east England to join his parents when his wife developed Covid-19 symptoms.

At least 17 Tory backbenchers have joined opposition MPs demanding he step down or is fired by Boris Johnson.

Durham police released a statement just ahead of Mr Cummings’ press conference saying they were in contact with his father at the time of the visit and that they deemed no action was necessary.

Mr Cummings has been under fire since the Guardian and Daily Mirror reported that he had been seen in County Durham at his family’s farm during lockdown.

He was later said to have been spotted in Barnard Castle, about 30 miles away. He said today that he went for a “test drive” to check that his eyesight was all right for the return journey to London.

Mr Cummings claimed yesterday he was acting only in the best interests of his young son. Mr Johnson insisted his adviser acted responsibly, legally and within the guidelines.

The Prime Minister made a statement in an attempt to draw a line under the row but there is a view that he has badly misjudged the public mood. 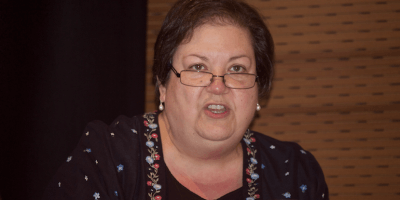