As many as 30,000 jobs could be lost in the oil and gas industry if the price of oil continues to trade at little more than $20 a barrel.

Industry body Oil and Gas UK (OGUK) issued a plea for additional government and regulatory support as North Sea operations are disrupted by the pandemic and demand for oil and gas plummets because of the effect of lockdowns on the global economy.

This time last year the oil price was more than $70 and drilling sector workers have been told it will be 2022 before there is any upturn in activity.

In addition, the subsea sector is seeing contracts ended and vessels being tied up.

OGUK has said collapsing oil prices represent a “body blow” to the sector and that companies such as drillers face a major threat.

It estimated capital expenditure in the UK oil and gas industry could fall by a quarter this year, although any move to nationalisation remained well beyond what operators would be willing to contemplate.

OGUK chief executive Deirdre Michie said: “Like so many industries, our members have been profoundly impacted by COVID-19.

“With historic low oil and gas prices coming so soon after one of the most severe downturns our sector has experienced, these findings confirm an especially bleak outlook for the UK’s oil and gas industry.”

She continued: “If the UK is to maintain its supply of domestic energy, protect jobs and build the critical infrastructure it needs to transition to a net zero future, ours is an industry worth fighting for.

“It’s why OGUK is today outlining a three-stage framework with a range of measures for governments and regulators to support industry now, stimulate a recovery and accelerate the transition to a net zero future.”

A report produced by the Offshore Co-ordinating Group (OCG). A crisis behind a crisis also highlights the major issues facing the oil and gas sector due to COVID-19 and the low oil price. It predicts 3,500 job losses in the UK by September.

It is estimated that about 25 mobile drilling units are stationed, inactive, on Scotland’s east coast, with more along Norway’s coast.

One encouraging development is that Russia is expected to cut its May oil output by 19% to 8.5 million barrels per day (bpd) from its February-March level of 10.4 bpd, according to reports.

The plan, if confirmed, will go some way to easing pressure on the price, though stocks remain high. 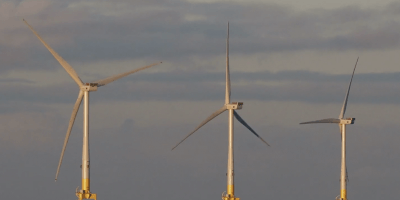