Sunak rightly opts for stability rather than change

The new Chancellor was forced to deal with today’s issues and plan for prosperity tomorrow, writes SUSIE WALKER

Chancellor Rishi Sunak delivered his first Budget by getting straight to the point and addressing measures to ease the impact of perhaps the biggest crisis to affect this generation.

Putting party politics aside he announced that the NHS will get whatever is needed to get the country through the Covid-19 outbreak and introduced several measures to ease the financial impact on both individuals and businesses.

His aim was to deal with today’s issues and plan for prosperity tomorrow, reflecting on the General Election and a key message from that of people wanting change.

That they got, through spend, spend, spend – flood defences, housing, roads, schools, research & development in energy innovation, and measures aiming to protect our planet.

The focus is on delivering a step change in infrastructure investment to increase the UK’s productivity longer term and ensure austerity is behind us.

Brexit is also a thing of the past and was fleetingly referred to by Mr Sunak, with a passing comment that the country wanted Brexit done and this Government got it done.

The transition period and how trade talks are going (or not) got no mention and with the economic impact of Brexit now merged in with our wider issues, the latter makes Brexit pale into insignificance, at least for now. The Chancellor expects Covid-19 to have a significant, but temporary negative affect on our economy.


From a tax perspective the Budget was generally bland with a lot of minor tweaks and the implementation of previously announced changes. The most significant of these include:

Entrepreneurs’ Relief (ER) down but not out – and the latter is what many were expecting. From Budget Day the lifetime limit is reduced to £1 million from £10 million meaning that those qualifying for ER will pay 10% capital gains tax on up to £1 million of capital gains and gains above that will be taxed at 20% (currently).

R&D expenditure credit (RDEC) increased from 12% to 13% – this was expected and is welcome. It’s the form of R&D tax relief claimed by large companies and SMEs carrying out contract or subsidised R&D. The increase applies to expenditure incurred on or after 1 April 2020.

Corporates carrying forward capital losses will only be able to offset up to 50% of their capital gains against these losses from 1 April 2020.

Pensions taper allowance changes are welcome. The Government introduced this from 6 April 2016 and it affected those with incomes over £150,000 who contributed to their pensions. The press widely covered doctors turning down extra work for fear of increased tax bills.


The headline Corporation Tax rate was held at 19% as expected, with previous Budgets building in a reduction to 17% from 1 April 2020, this change in policy partially funds today’s spending announcements.

Digital publications were the big news for VAT, with the extension of zero-rating for physical publications to e-books, newspapers, magazines and academic journals from December 2020. The other headliner was that postponed accounting for import VAT will be introduced for all goods imports (EU and non-EU) from 1 January 2021, giving a cash flow benefit.

Is the Budget good for business and individuals? It provides stability rather than fundamental change and for a Chancellor’s first Budget with current social and economic uncertainty we’d all probably have done the same.

Susie Walker is head of tax at Johnston Carmichael 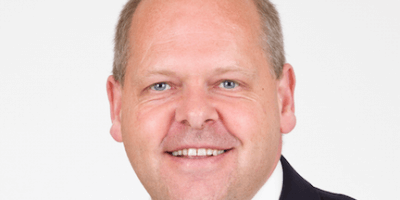 Higher earners escaped tax rises, but maybe not next time

Crisis: tough action on coronavirus A series of measures to tackle the deadly coronavirus haveRead More