Wall Street ended a three-day winning run by tumbling into negative territory to end another tumultuous week for investors.

Even after the House of Representatives approved a $2.2 trillion aid package – the largest in American history – the Dow Jones Industrial Average slumped 4.06%, while the S&P 500 was 3.37% lower and the Nasdaq Composite dropped 3.79%.

Fears are growing over the impact of coronavirus which has already claimed more than 1,500 lives and contributed three million lost jobs.

The United States has surpassed China and Italy as the country with the most coronavirus cases.

Latest calculations reveal that more than 100 British companies have postponed or ditched dividend payments in a bid to preserve cash for what could be a lengthy enforced shutdown of large parts of the UK and global economy.

Data from investment firm AJ Bell released showed that retailers, housebuilders and telecoms firms were among those who have halted payouts worth a combined £4.2 billion this month alone.

Italy’s coronavirus death toll rose by 969 today – the biggest one-day jump that any country has recorded so far.

England’s chief medical officer Chris Whitty has announced he will be self-isolating after developing coronavirus symptoms just hours after Boris Johnson and Matt Hancock announced they had tested positive for the disease (see below).

Professor Whitty, who has been one of the leading voices during the deadly outbreak, said he will continue to advise the government but will be doing so from home as coronavirus hit hard at the heart of government.

Confirmation that he has the illness came just two hours after Prime Minister Boris Johnson said he was suffering ‘mild symptoms’ (see below).

He had been expected to appear at the daily government press briefing this evening.

A further eight deaths have been reported in Scotland taking the total to 33. The number of cases has risen by 165 to 1,059, with 72 in intensive care. More than 65,000 are thought to be infected, many of whom are unaware they are carrying the disease.

The Lake District National Park has closed to the public for what is believed to be first time in its history.

The move is designed to head off a repeat of last weekend’s deluge of visitors who defied orders to stay at home.

There was no word on whether popular rural tourist spots in Scotland will be closed.

11.20am: Boris tests positive for virus

Boris Johnson has tested positive for the coronavirus and will self-isolate in Downing Street.

The Prime Minister tweeted that he has “mild symptoms” and will continue to lead the government.

In a video he said: “Be in no doubt I can continue thanks to modern technology.”

Professor Chris Whitty said in a statement: “He was tested for coronavirus on the personal advice of England’s chief medical officer.”

Mr Johnson’s fiance Carrie Symonds is pregnant, but there was no word on whether she would leave Downing Street until he recovers.

Concern also arises over the number of meetings Mr Johnson has had, including Cabinet ministers, MPs in the Commons and Professor Whitty.

Mr Johnson took PMQs in the Commons on Wednesday, though Cabinet on Tuesday was also carried out over video conference. He has not taken any of the regular government press conferences this week.

Mr Johnson was last seen in public on Thursday night outside Number Ten as he joined the nationwide clapping to thank NHS staff.

Health minister Nadine Dorries was the first confirmed MP case, and has since recovered and returned to work.

Prince Charles was confirmed as infected with coronavirus earlier this week and is in self-isolation at Balmoral. Other world leaders such as Canada’s Justin Trudeau has tested positive.

The number of deaths in the UK rose by 181 today to 759. There have been eight further fatalities in Scotland taking the total to 33.

7.40am: SSE commits to dividend

In a pre-close update the Perth-based energy firm said the Covid-19 outbreak started in the UK and Ireland late in its financial year and the wider economic impact has not so far had any material impact on SSE’s financial results for 2019/20.

The board still intends to recommend a full-year dividend of 80 pence per share for 2019/20.

It will, however, continue to monitor the impact of Covid-19 on the wider economy and SSE.  If the economic impact results in significant adverse effects on SSE’s businesses, the board may reconsider the timing of dividend payments, should it be in the long-term interests of the company.

Directors and senior management at aviation group John Menzies have taken 20% pay cuts as the CEO of the near two centuries old company says it has never faced such difficult and unpredictable times.

Construction firm Balfour Beatty said its Annual General Meeting due to be held on 14 May has been postponed.  A new date has yet to be agreed.

As the Group’s proposed final dividend for 2019 of 4.3 pence per share, which was due to be paid on 3 July, requires approval at the AGM, the postponement of the AGM means the approval of this final dividend to shareholders will be postponed accordingly.

Whilst Balfour Beatty benefits from a strong financial position, in light of the market uncertainty arising from COVID-19, the board said it will keep the appropriateness of paying the final dividend under review until the rescheduled AGM, with a final decision dependant on the prevailing circumstances at the time.

In an open letter, he said: “Our intentions were only to seek clarity from the Government as to whether we should keep some of our stores open; we would never have acted against their advice.

He has made an offer to support the NHS and other key workers.

Fashion and furnishings business Next has “taken the difficult decision” to temporarily close its online, warehousing and distribution operations.

It said it has listened carefully to its colleagues working in warehousing and distribution operations to fulfil online orders.

“It is clear that many increasingly feel they should be at home in the current climate,” it said in a statement.

The company will not be taking any online orders until further notice.

Asia continued to advance on Friday after hopes of a coronavirus relief bill in the US helped Wall Street to a third day of gains.

Indexes in Tokyo, Seoul and Shanghai were all in the green, but Australia’s ASX fell.

Investors flocked to buy shares despite the number of Americans filing claims for unemployment benefits surgeing to 3.28 million last week amid state-wide lockdowns.

Expectations are high that the House of Representatives will pass the $2trn stimulus measure to support distressed industries, including airlines, after the Senate cleared the proposal.

It would flood the country with cash in an effort to halt the damaging economic impact of the coronavirus pandemic. 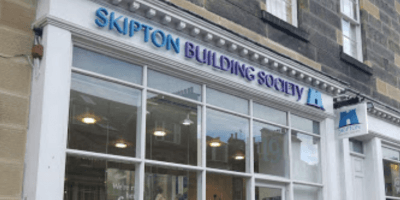