Ms Wilson’s promotion follows eight years as finance director of the Edinburgh-headquartered group, which is the UK’s largest independent hotel operator. This newly-created role comes after Apex Hotels announced a year of strong growth, with turnover up to £75.4m and pre-tax profit rising to £11.7m, as well as teasing plans for further expansion.

In taking up the post, Ms Wilson will lead the executive team at the helm of the family-owned business, overseeing all business operations, resources and ventures.

As a chartered accountant, she has a strong background in finance, having worked with KPMG in Auckland and London – specialising in hotels, leisure and media entertainment – before moving into finance roles with Lionsgate Films and Lloyds Banking Group.

Ms Wilson said: “Over the past eight years, I have witnessed the growth of the portfolio, from seven hotels to ten across the country. I am honoured to have been given the opportunity to take on a wider role within the business which I have seen go from strength to strength.”

Angela Vickers, chief executive, said: “Introducing the new role puts Apex in an ideal position for further growth through acquisition and diversification, ensuring that we are agile enough to make the most of any available opportunities.

“I am in no doubt that Averil will continue to excel as managing director as we strive to achieve our mission to grow and make a difference for our customers and staff.” 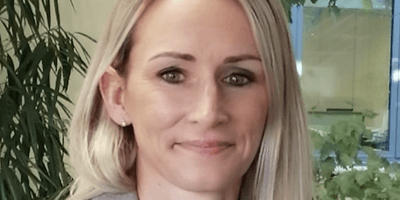