SSE Renewables has appointed Petrofac as the preferred supplier of substations to the Seagreen wind farm project, one of the most significant construction opportunities ever undertaken in Scotland.

Located 27km off the Angus coast, the 1,075MW project will be the country’s largest offshore wind farm when completed.

Seagreen will be capable of providing low carbon power for up to 1 million homes annually and would avoid around 1.6 million tonnes of CO2 emissions per year, taking a vital step forward in Scotland’s fight against climate change.

Petrofac, which has a major operating centre in Aberdeen, will be responsible for the design, supply and installation of the HVAC onshore and offshore substations as part of the project’s transmission package.

The work will include the engineering, procurement, fabrication, transportation, offshore installation and commissioning of the offshore substation platform, including the topside, jacket and piles. The onshore substation EPC scope includes all civil work and major equipment.

Petrofac has confirmed that onshore substation works will be undertaken by a Scottish-based civil engineering contractor, due to be announced shortly. It is anticipated these construction works will support up to 100 jobs.

The awarding of the contract comes ahead of a crucial offshore wind supply chain summit in Edinburgh this morning where demands will be made for the offshoring of key wind contracts to stop.

Scottish and UK Government representatives will attend along with renewables industry majors and unions.

GMB Scotland Organiser Hazel Nolan said: “Billions of pounds in manufacturing contracts and tens of thousands of jobs from Scotland’s offshore wind sector were lost to international competitors in 2019.

“Politicians of all parties spent last year preaching to people about ‘green jobs revolutions’ and ‘green new deals’, meanwhile the jobs of the future were sailing to Spain, Indonesia and the UAE.

“Workers and communities in places like Fife and Lewis are sick and tired of hearing about ‘jam tomorrow’, especially when redundancy notices are being handed out in the here and now.

“We need to know when the eight turbine jackets promised to BiFab from the NnG contracts will be delivered and if Scotland is going to get any contracts at all from the Seagreen project, which looks like it will be built in the Far East.

“This morning UK and Scottish Ministers will be sitting round the table with industry majors and our message to both will be blunt: This is a scandal and it has to stop.”

EDF Renewables and ESB, joint owners of the Neart na Gaoithe (NnG) offshore wind farm off the coast of Fife, will hold a series of supply chain events to showcase how more Scottish companies can help support the successful delivery of the £1.8 billion project.

The events will be held in Aberdeen, Dundee, East Lothian and Fife in the first week of March. 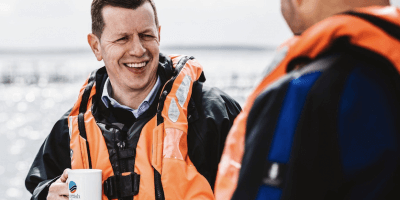 Scottish Sea Farms gets go ahead for Grieg deal 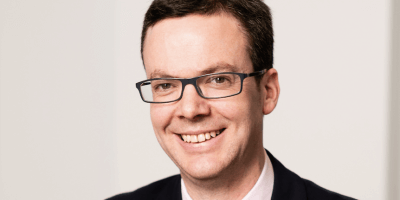