One of Scotland’s biggest archaeology companies, whose successes include the discovery of a Roman camp, have opted for employee ownership.

They are now handing over control to 32 employees through an exit plan drawn up by the company’s advisers.

The company, which has offices in Glasgow and Edinburgh, provides a wide range of archaeological services throughout Scotland. Its work is mainly undertaken in advance of construction for housing developments and for road, tram, water and energy infrastructure projects.  It also works with local community heritage groups.

GUARD has made a number of major discoveries in recent years including locating the real battlefield of Bannockburn and finding a previously unknown Roman Army Camp in Ayr.

In Carnoustie the company excavated the largest Neolithic hall ever found in Scotland, while in Galloway it uncovered a lost Dark Age royal stronghold.

Ronan Toolis, director at GUARD Archaeology, said: “The transition to an Employee Ownership Trust strengthens the long-term future of our company, and by retaining employee ownership we are maintaining the original ethos of the company.”

John Atkinson, director, added: “Protecting jobs was also an extremely important factor in our decision. Many employees have been with the business for a long time and have played a vital role in its success.

“Moving into employee ownership gives the opportunity for job security to everyone who works here and enables them to have collective control of their future.”

An Employee Ownership Trust has been formed and holds 100% of the shares on behalf of the employees.

The transition to employee ownership was supported by Co-operative Development Scotland (CDS), with the process managed by 4-consulting, legal services by Blackadders and accountancy services by RJ Hart. 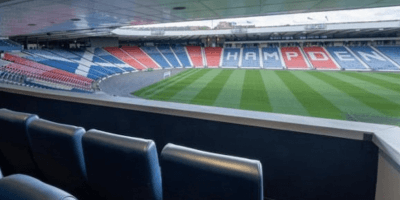 Client: Hampden Park A turf contractor which has supplied surfaces at top venues such asRead More