Online drinks tech platform Drinkly intends to expand its operation to 150 locations by the end of next year.

Its plans emerged as the Edinburgh-based ‘drinks-on-demand’ business formally announced the launch of Your Round, a £250,000 equity crowdfunding campaign on investment platform Seedrs.

Supporters can invest from £10 upwards in exchange for equity in Drinkly, which is backed by entrepreneurs including BrewDog’s James Watt and Stuart Middleton, CCO of travel search engine Skyscanner.

Since launching in 2016, Drinkly has delivered more than 14,000 orders to customers in Edinburgh, Glasgow and London, adding over £110,000 in revenue this year to its first retail partner.

In preparation for this fast-track expansion, Drinkly has recruited a business development manager, Shabaz Ali who has has introduced nearly 40 independent retailers.

John Robertson, founder and CEO of Drinkly, said: “We have a trusted, tried and tested platform, the team and the tech leaving us well positioned to capitalise on this opportunity and scale up quickly. We plan to take Drinkly to 150 locations by December 2020, becoming the market leader in drinks-on-demand delivery in the UK.”

James Watt added: “I backed Drinkly because they are doing things differently, using technology to innovate and putting the customer at the forefront of everything they do. Anything that brings the customer closer to fresher BrewDog the better.” 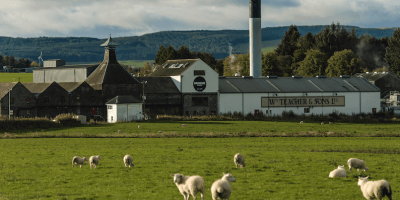