Innis & Gunn is to launch a £3 million crowdfunding campaign to help finance the Edinburgh-based brewer’s plans for a new brewery.

It will be the first major brewery to open in Edinburgh for 150 years when it begins operations in 2021 creating around 30 jobs.

The crowdfunding campaign through funding platform Seedrs will the third by Innis & Gunn. Growth has continued over the past three years since its previous funding campaign, pushing its sales to more than £25 million in turnover and almost 21 million pints of beer in total.

Dougal Sharp, founder and master brewer, said: “There is a huge drinks industry legacy in the city so this is the next logical step for us. We want to bring Edinburgh back to what it was as a true brewing city. The focus of the funding round is absolutely on the development of the brewery, but we are going to keep investing to continue to drive this current growth too.”

The company’s balance sheet was bolstered in 2017 by private equity investment of £15 million from US group L Catterton which took a minority stake.

Glasgow-based Brewgooder, the ‘clean water’ brewer, is calling on hundreds of craft breweries from around the world to join its ‘Global Gathering’, a collaborative brewing project on a mission to provide clean water for 100,000 people in developing countries.

Brewgooder is aiming to partner with 500 international breweries to brew unique, small-batch beers which will be released on World Water Day in March 2020.

To date, 100 breweries have confirmed their involvement in the Global Gathering project representing 11 countries, including Tiny Rebel, Tempest, Vocation, Siren and Harbour in the UK as well as Brooklyn Brewery and their renowned brewmaster Garrett Oliver, Avery Brewing, and Rhinegeist in the United States, with hundreds of invitations having been sent to craft brewers in almost every country asking them to represent their city, town or area.

Each individual collaboration brew will raise upwards of £500, contributing to a fundraising target of £250,000 for the whole project. All proceeds will be donated to The Brewgooder Foundation, to support its clean water projects.

Alan Mahon, founder of Brewgooder, said: “The Global Gathering aims to bring together one of the most vibrant and passionate communities in the world in order to show what craft beer dan do when it acts together.” 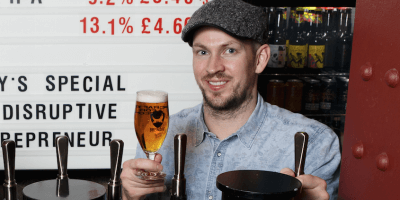