Theo Paphitis, entrepreneur and star of the BBC’s Dragons’ Den series, will share the story of his success at the Scottish EDGE Awards final in Edinburgh next month.

Mr Paphitis, whose business empire spans retail, property, finance and consumer goods, will take part in a conversation with fellow entrepreneur Sir Tom Hunter, whose Hunter Foundation is one of the key supporters of Scottish EDGE.

Mr Paphitis, who returned to the Dragons’ Den panel this year, will also attend an evening ceremony where he will taker part in a conversation with Scottish EDGE chief executive Evelyn McDonald.

At the awards final about 20 businesses will pitch their ideas to a panel of Scotland’s top entrepreneurs and business advisers.

Mr Paphitis said: “I’m passionate about creating and supporting entrepreneurs, so I’m delighted to have the chance to talk to a range of exciting Scottish start-ups at the Scottish EDGE awards next month.

“Scotland is well-known for its innovation, so I’m looking forward to meeting the success stories of the future.”

Ms McDonald, said: “Once again the Scottish EDGE awards have attracted a really high calibre of entries from entrepreneurs across Scotland.

“Along with the judges, I’m looking forward to hearing their pitches on finals day. And we’re pleased to be welcoming someone as inspiring as Theo Paphitis to join us.”

BGF, the UK and Ireland’s most active investor, has reported a record year of investment,Read More 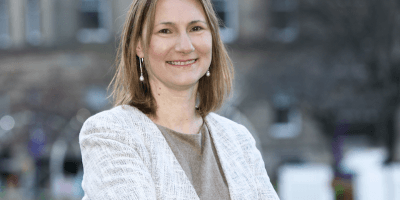