US and China ready to sign first phase of trade deal

Donald Trump: ‘It’s going to be great for China and great for the USA.’

A proposed US tariff hike on $250 billion (£197bn) of Chinese imports, due to be imposed on Tuesday, will be suspended after progress on trade talks.

Treasury secretary Steven Mnuchin revealed that Beijing had agreed to open its markets to US financial service providers and buy between $40bn (£31bn) and $50bn (£39bn) in US farm products.

It has also agreed to be more open about its currency following accusations that it manipulates the yuan’s value to give its exporters an advantage.

The US was due to raise tariffs on some Chinese goods to 30% next week. Following talks with China’s Vice Premier Liu He, President Donald Trump told reporters: “It took us a long time to get here, but it’s something that’s going to be great for China and great for the USA.”

He said he was confident an agreement will be signed in the coming weeks.

“China wants it badly, and we want it also,” he said. “We should be able to get that (the agreement on paper) done over the next four weeks.”

US share markets, which had risen on reports of a deal, closed higher. The Dow Jones, S&P 500 and Nasdaq all rose by more than 1% in Friday’s session.

There were no updates on the planned tariffs due to come in during December that would hit almost every Chinese export, but Mr Liu said that “substantial progress in many fields” had been made.

Markets, News, World No Comments » Print this News
A Brexit breakthrough would be bad news for the SNP Previous News
Next News Serco says ‘lessons learned’ as Highlands Sleeper arrives 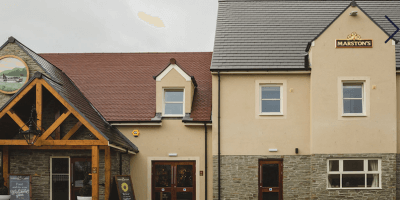