More want to remain in UK

Marches attract thousands of supporters, but some are wavering (pic: Terry Murden)

The survey by Survation, commissioned by the pro-independence group Progress Scotland, found that 51% would rather remain part of the union.

Of those who voted for independence in the 2014 referendum, 16% now say they “completely support Scotland staying part of the UK”, whereas 4% of No voters polled now fully back Scotland becoming independent.

However, the survey also provides more evidence that a No Deal Brexit would benefit the SNP despite the party campaigning against it.

It shows 59% of swing voters on Scottish independence are strongly opposed to a no-deal Brexit and say that if the UK leaves the EU without a deal, they would be more likely to vote for independence in a future referendum.

Progress Scotland is run by former SNP depute leader Angus Robertson and the results were published on the Survation website on Monday, but not released more widely.

Pamela Nash, chief executive of the pro-UK group Scotland in Union, claimed the poll  of more than 2,000 adults had  “backfired spectacularly”.

She said: “No matter how Progress Scotland tries to spin the findings, its own figures show that massive numbers of former Yes voters have changed their minds and would now vote to stay in the UK.”

“These are just the initial findings from the inaugural large-scale opinion poll for Progress Scotland and more results will follow.

“This is just the beginning of our work, which over time will allow us to better understand an ever-growing number of people in Scotland who are open-minded towards independence.” 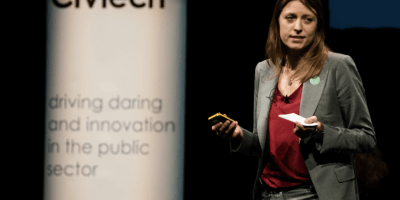