A hostel for backpackers will almost double in size after acquiring additional space next to Edinburgh Waverley station.

St Christopher’s Inn has been a fixture on Market Street for almost 20 years and is expanding into buildings opposite as part of a £2.3m investment.

Keith Knowles, the founder and CEO of parent company Beds and Bars, said: “Our hostels and bars have never been more popular. Edinburgh has always been one of our consistently most successful venue.”

In Edinburgh the new venue – a historic former fruit market which later operated as the offices of the Royal Military Tattoo for many years – will have 18 rooms, from private two bed, en suites to dorms shared by up to 12 people.

In total, the new hostel at will offer 139 beds, adding to the 180 that St Christopher’s Inns already operates.

While the bulk of the Edinburgh investment will be in the new venue, the original hostel will also benefit from a series of improvements and upgrades, including a revamped reception, chillout and breakfasting area.

Mr Knowles added: “Since we first launched in Edinburgh in 2001, we are incredibly proud to have welcomed more than 275,000 guests to our hostel in the city.”

Beds and Bars operates in nine cities. In the year ending March, it reported an 8% increase in revenues to £52.5m.  In June, the firm announced a £7.5m investment programme in new and existing venues over the next financial year, trebling previous spending plans.

The 26 self-contained pods were inspired by a popular trend from Japan, with guests getting a small private space featuring air con, mood lighting – and a quiet sleeping space. The capsules at London Bridge demonstrate innovation and advancements in the budget travel sector. 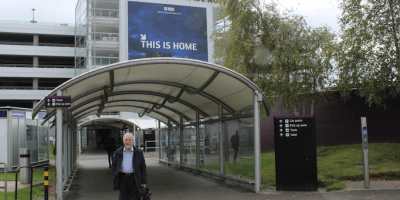 Edinburgh Airport handled almost a million passengers in April, though this was 26% fewer thanRead More