An Edinburgh entrepreneur is aiming to provide what he calls an “Airbnb for commercial businesses” by renting space in underused offices.

The 28-year-old is part of the Royal Bank of Scotland Entrepreneur Accelerator based in Edinburgh and has previously secured £50,000 worth of investment to build the online platform, which currently has listings across the UK.

His venture follows the launch this week of Desana which is also operating in the shared space sector.

Mr McPherson plans to secure £600,000 over the next two months to support product development and the delivery of its sales and marketing strategy. The funding, half of which has already been secured, will also support the creation of 15 jobs, including marketing, sales and technical roles.

Occupyd was created in 2018 after Callum recognised a lack of technology disruption in the commercial property sector and a need to provide more opportunities for small to medium-sized enterprises.

Occupyd, which has plans to operate globally, will launch in London in September followed by New York in early 2020.

Stuart Dearden, Entrepreneur Development Manager at Royal Bank of Scotland, said: “Callum is a shining example of the businesses who come through our accelerator programme and his ambitions for Occupyd over the next 12 months, will help other start-ups and SME businesses on their journey to growth.” 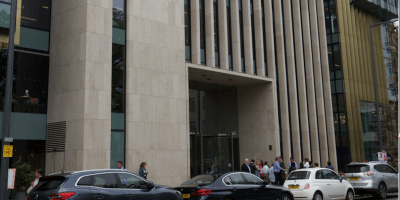