Pawprint will use scientific data from Small World Consulting, a company established by Mike Berners-Lee whose brother Tim is credited with being the inventor of the world wide web.

Christian Arno, who founded the translation service Lingo24, is among the team behind Pawprint which is raising seed funding and hoping to attract celebrities and influencers to use its service to engage their followers in what they hope will become a global movement. It has had verbal commitment to invest from a number of private investors.

Consumers using Pawprint will answer questions about their lifestyle and then seek comparisons with country averages and other groups of their choosing.

They will be presented with a personalised range of challenges and tips to help them choose if and how they transition to a lower carbon lifestyle. As users reduce their own carbon footprints, they’ll be encouraged and incentivised with rewards to compete with and against their friends and colleagues to amplify their positive impact.

“Like most people, I’ve been thinking I was doing my bit for the environment for some time, but now I’ve looked into it and consulted experts, I realise I could have more impact by focusing on different things,” said Mr Arno, “But that’s less than half the problem.

“It’s one thing understanding your footprint, and quite another to lower it on an ongoing basis, and to work with friends, work colleagues and others elsewhere in the world to pool resources and reduce our collective impact meaningfully.

“Hence the first challenge we’re setting ourselves – to help a million people to make a difference. We want to empower  people with clear, scientifically valid and personalised information to make the right choices for them.”

Professor Berners-Lee, author of How Bad Are Banana and There’s No Planet B, and an authority on the carbon footprint measurement, said: “In the current climate emergency, it is easy for us as individuals to feel like we are not making a difference. However, building communities and working together can facilitate the sharing of knowledge and inspiration to help us push for the global change that we need to see. I fully support the development of apps that help us to focus our efforts on achieving lower-carbon lifestyles.”

Pawprint has appointed Tom Sermon, formerly CEO of Global Corporate Challenge and then CRO of Virgin Pulse, the global wellbeing movement, as a non-executive director.

Mr Sermon added: “The evidence of the climate emergency that we’ve created is crystal clear. To ensure we don’t end up as the generation on wrong side of history, we have to act, pool our collective efforts and each play our part in making simple changes to our daily routines & choices.”

Other members of the launch team are: Chris Bradbury, head of technology; and Mike Bonsall, head of operations.

Mr Berners-Lee is joined in the advisory team by Sarah Ronald, founder and MD of design agency NileHQ, and Tom Ellis, creator of Pawprint brand mascot, Bjorn the bear, and creative director of Treehouse24. 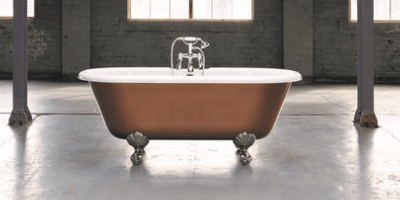