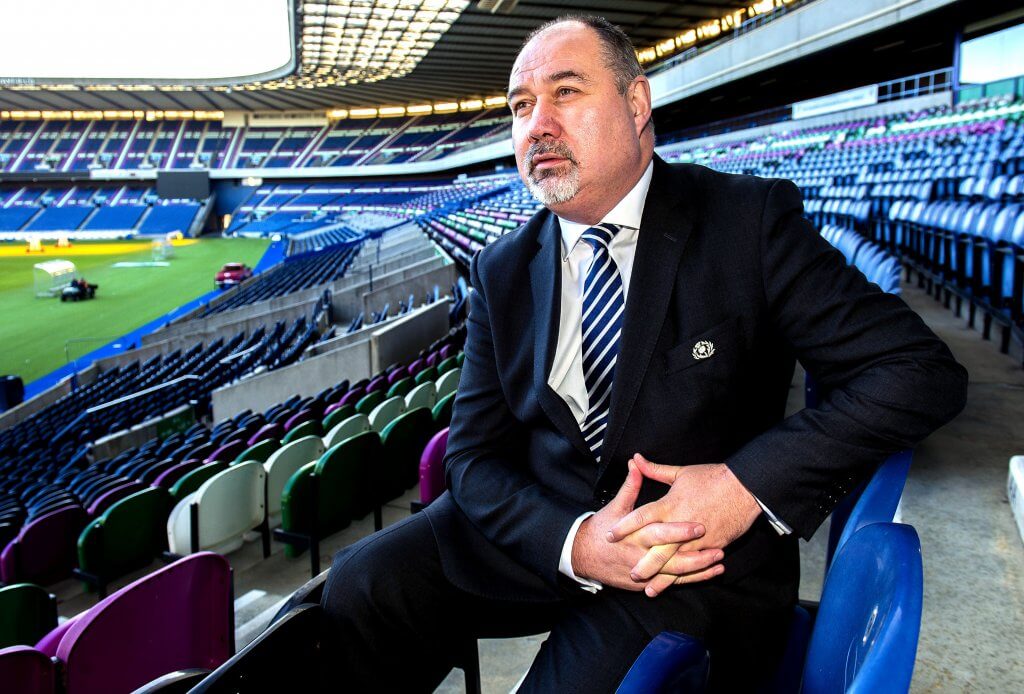 Scottish Rugby has turned to England in its search for a new performance director, former Northampton and Sale Sharks head coach Jim Mallinder being appointed to the role.

He has worked throughout the English club game at the highest level and led teams at senior age-grade and England Saxons, alongside roles in the English National Academy. He most recently worked as the performance pathway coach with the RFU.

Mallinder replaces Scott Johnson who left in April and he will lead Scottish Rugby’s performance department from the newly-created Super6 competition for part-time professional club teams through to the Scotland men’s national team.

His remit will include developing the player pathway through the age-grade and Fosroc Academy structure to feed into Scotland’s two professional teams, Edinburgh and Glasgow Warriors, Scotland 7s, Scotland Women and ultimately the Scotland men’s national team.

There will also be oversight on the medical, physio, strength & conditioning, analysis, nutrition and competition preparation provision at the elite end of the Scottish game.

“This is an exciting role,” Mallinder said, “and one that gives me the chance to work with players at different stages of their development, all with the clear objective to make Scotland’s representative teams more successful and deliver a clear pathway for players to progress through.

“I am really impressed with the set-up in Scotland already and having spoken at length with Mark Dodson it was clear that this was an outstanding opportunity to really set the direction of travel for Scotland’s high-performance ambitions.

“It’s a chance to lead a long-term programme, work with talented people, and I’m looking forward to moving up to Scotland and getting started.”

Scottish Rugby chief executive Mark Dodson said: “I am delighted to have secured Jim in what is a pivotal and vital role within our high-performance structure.

“He has a proven track record of developing players across a range of different career stages and I want him to strengthen and deepen the pathway our players will take into the professional game and develop the skills and behaviours they will need to succeed at their respective highest levels.

“He brings a wealth of rugby knowledge and experience as a Premiership-winning coach and Heineken Cup finalist which I believe can enhance our current set-up and enable us to keep making the ambitious strides we want to take in the coming years.”

Mallinder began his coaching career with Sale Sharks in 2001 which he led to its first Heineken Cup qualification in his opening season and first European silverware the following year.

In 2004 he moved to the RFU’s National Academy and coached the England U21 side to the 2006 Six Nations title. This led to him also taking on the England Saxons coaching role and he oversaw an impressive record of 15 wins from 16 matches.

He was soon back in demand at club level and joined Northampton Saints in June 2007, winning them promotion back into the Guinness Premiership at the first time of asking with an unbeaten first season in charge.

Success was achieved over many years at the midlands club with a European Challenge Cup win in 2008/09 season followed by the Anglo-Welsh cup the following year.

In 2010/11 Mallinder became the first coach to take a team to the Heineken Cup Final unbeaten through the pool stages, losing the final to Leinster.

The club reached the Premiership Final in 2012/13 losing to local rivals Leicester Tigers but went one better the following year and secured the English game’s top prize, the Premiership title, by beating Saracens in the 2013/14 final.

He left the club in December 2017 and became the England player pathway coach in June 2018.

Scotland take on France at Murrayfield tomorrow (1.10pm) in their latest warm-up match ahead of the World Cup, Gregor Townsend looking for a big improvement on last week’s display in Nice which saw the Scots hammered 32-3.