Deloitte equity partners in line for big payday despite criticism

Equity partners at Deloitte will receive an average profit share of £882,000 in a year when the Big Four accountancy firms have been heavily criticised for the quality of their audit work.

Equity partners take a portion of profits, typically allocated by seniority and performance, instead of a salary.

All the big UK audit firms have come under intense scrutiny following a number of high-profile collapses, such as Bhs and Carillion, and issues with company accounts like those of Patisserie Valerie.

The Financial Reporting Council said the quality of Deloitte’s auditing for FTSE 350 firms this year declined from its quality inspection in 2018.

Turnover in the Scots practice was up by 12.9%. Deloitte Digital, a team of initially eight, has grown to 30 strong, and is expected to double in size by 2021. The Risk Analytics and Fintech team, led by Kent Mackenzie, now boasts a team of 22, while Cyber has grown to 14 after initially forming in 2018.

Steve Williams, senior partner for Deloitte in Scotland and Northern Ireland, said: “It’s been a hugely successful year for the firm in Scotland, as we have continued to expand and bolster our offering, particularly across the digital technologies sector.

“This is shown by the incredible growth of both Cyber and Deloitte Digital and speaks more widely to the vital role that these industries play across the region. In the coming year, our goal is to continue recruiting and developing these areas of the practice.”

John McDonnell, Shadow Chancellor, said:  “Many will consider this level of payouts is obscene, especially when the big accountancy firms have so often failed to live up to basic standards of competence and probity. It’s been over a decade since the financial crash and nothing has changed.

“Labour will fix this broken economy, with a wholesale reform of the auditing and regulatory system.” 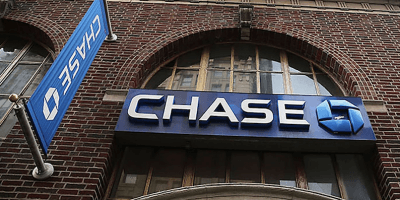 Chase moves into UK with launch of digital bank

Britain bound: Chase will launch in the UK US bank Chase is set to disruptRead More