Cybercriminals ‘advertising’ their services on the dark web

Hackers are using the dark web to access accounts

Cybercrime is increasingly a feature of fraud cases, with some criminals even advertising their services on the dark web, according to the latest research.

It found a 57% increase in the number of court cases in which digital scammers used email, SMS and apps to take over personal data that enabled them to access bank and credit card accounts.

Victims of one scam, many of them elderly, were panicked into contacting fraudsters after messages informing them their computers had been infected either popped up on screen or were played through speakers.

When they followed instructions to contact a free number, they were put through to India-based crooks who said they could fix the problem for a fee. But once the scammers had access to victims’ banking details, they plundered their accounts and sometimes installed software to allow them to steal more.

Roy Waligora, KPMG UK Head of Investigations, observed:“We are noting a worrying move from criminals simply hacking as a means to an end to being industrialised personal data brokers on the dark web.

“As our digital footprints get larger, cybercriminals will continue to develop new and innovative ways to steal personal data. If we are not alive to the threats, there is a great risk that we increase our vulnerability to criminals through our inaction.”

Another trend that emerged in KPMG’s Fraud Barometer data was a number of repeat offenders heading back to court.  It recorded four cases of people with previous convictions for fraud coming back to court under new charges totalling £2.6m. In some cases, the alleged repeat offenders were able to secure employment in new roles where they subsequently were able to circumvent internal controls to continue to commit fraud.

In one case a fraudster was caught trying to pay a £100,000 tax fraud debt with money he had stolen by staging another scam.

Mr Waligora added:“Whilst for most fraudsters, being caught and convicted once is enough to ensure they don’t continue to commit crime, for some the lure of the prize on offer is too much to resist – regardless of the consequences.

“Businesses need to ensure they are doing thorough due diligence on the people they are hiring into their organisations – particularly if they are filling roles with financial responsibilities.”

The Barometer noted four cases of fraud in Glasgow, Edinburgh and Paisley in the first half of 2019, compared to nine during the same period in 2018. The value of the cases this year was £1.2 million. Charges included embezzlement, benefit fraud, VAT fraud and procurement fraud. 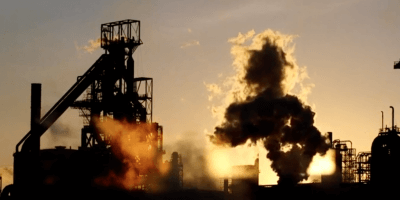