Wiesberger’s delight at career-best round 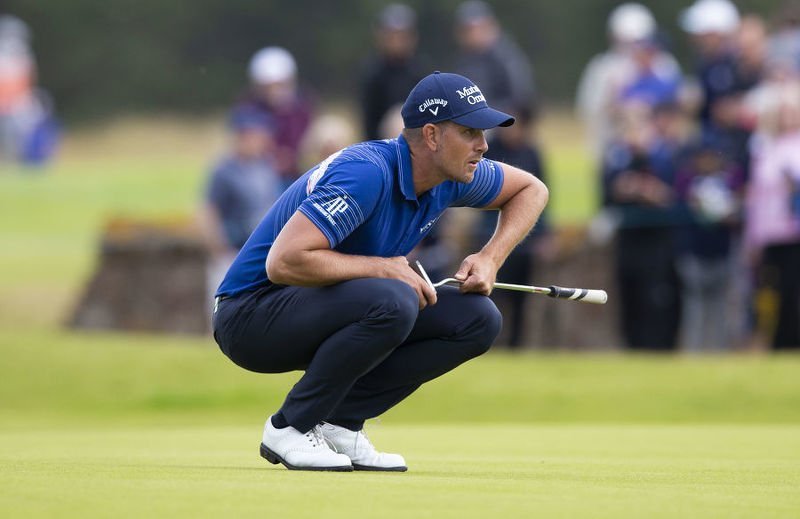 Bernd Wiesberger carded the lowest round of his European Tour career to share the halfway lead of the Aberdeen Standard Investments Scottish Open at The Renaissance Club.

The Austrian, whose previous low round was 63, made 11 birdies – including five in a row to end his round – to sign for a ten-under-par 61.

He tops the leader board going into the weekend at the third Rolex Series event of the season at 14 under par alongside Englishman Lee Slattery and South Africa’s Erik van Rooyen, who carded matching rounds of 64.

Wiesberger, who returned from a wrist injury at the end of 2018, won his fifth European Tour title at Made in Denmark in May and was second at last week’s Dubai Duty Free Irish Open.

The 2016 Open champion Henrik Stenson and Nino Bertasio of Italy are two shots behind the leading trio in North Berwick.

Calum Hill is the leading Scot on ten under par alongside ten others, including Ryder Cup players Matt Fitzpatrick, Edoardo Molinari, Thomas Pieters and Ian Poulter.

“Walking down the last, I was nine-under and had a chance to go to ten,” said Wiesberger.

“I haven’t shot ten in a professional event yet, so that was a nice bonus. It’s just going with the flow and things worked out very well today – not thinking too much and just keep doing what I’m doing.”

Stenson declared himself satisfied with his opening two rounds, saying: “I’m just trying to keep up with the guys at the top of the leaderboard, and so far I’m pleased with the way I’ve played.

“A lot of good tee shots. A lot of good approaches and solid putting on the greens, even though I let one or two good chances slip by here on the back nine, I’m still pleased where I’m positioned.”

More than one trophy will be up for grabs over the weekend, as the ground-breaking inaugural EDGA Scottish Open takes place at The Renaissance Club.

Ten golfers from the World Rankings for Golfers with Disability will compete in the 36-hole EDGA Scottish Open, teeing off approximately two hours before the first tee in the final two rounds of the Aberdeen Standard Investments Scottish Open.