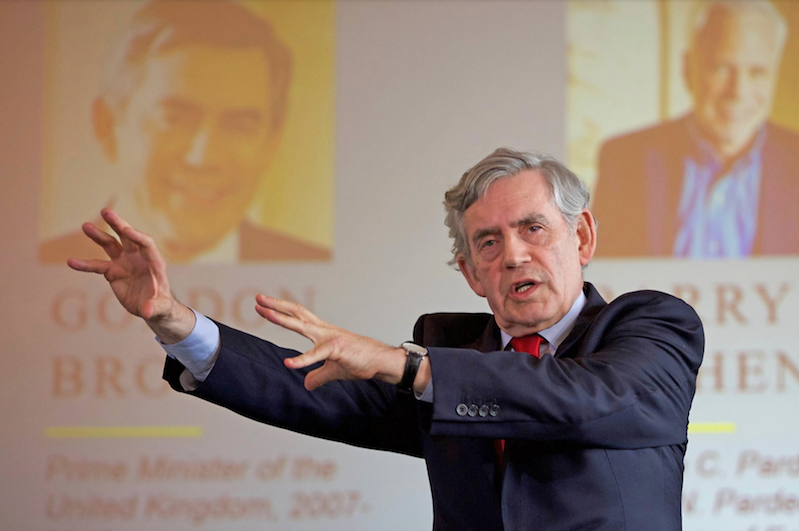 Former Prime Minister Gordon Brown yesterday warned that a lack of world leadership was leading to the rise of populism, nationalism and protectionism.

In a keynote speech in Edinburgh Mr Brown said the world was facing division and inequality at a time when it needed greater co-operation.

He said co-operation between governments was poor and the recent G20 meeting was “empty of content”.

Speaking at the New Enlightenment conference at the Balmoral Hotel, he said: “People have decided there is no hope of international co-operation… as if protectionism and nationalism can help.”

He said calls for action on issues such as climate change and inequality was fuelling the despair towards political leaders and said globalisation was currently “leaderless”.

“It is not globalisation that is wrong, it is our failure to make it work,” he said. “We have to find ways to bring people together.”

Lord Sainsbury, also addressing the two-day event, called for new rules on trade to counter the impact of China’s growth and the development of international tensions.

The former UK Minister of Science and Innovation, and current chancellor of Oxford University, said efforts had to be stepped up to stop China stealing intellectual property,

He said the Germans were “getting upset” by the Chinese not only buying its companies but moving production to China.