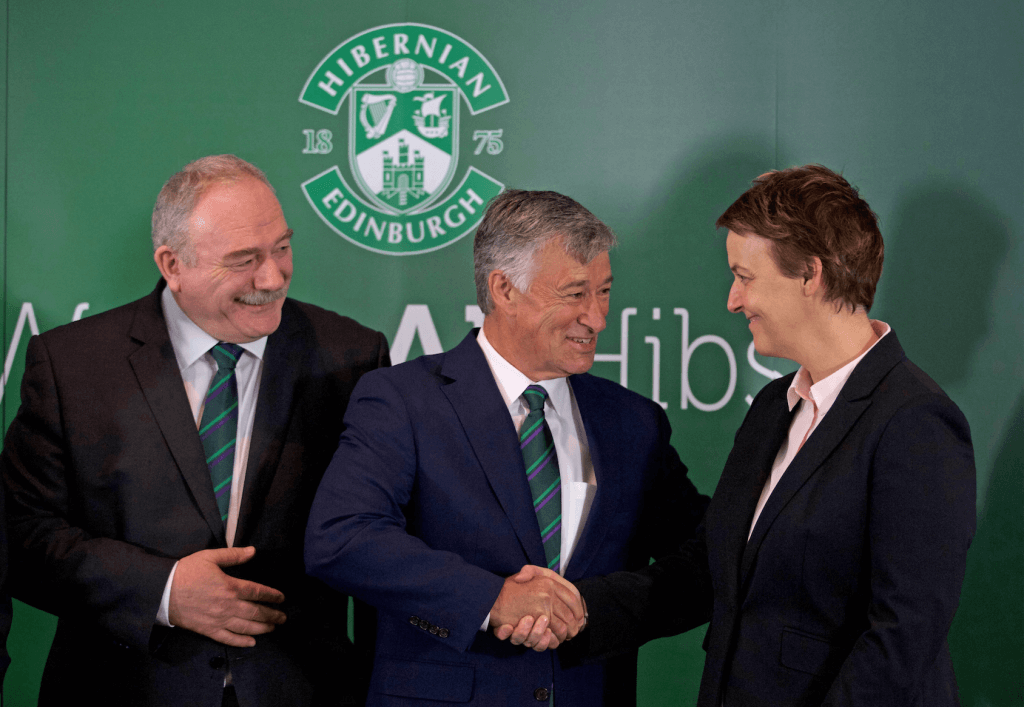 Hibernian Football Club has been sold to US-based business tycoon Ronald Gordon who made his fortune in American broadcasting.

The deal, which sees Sir Tom Farmer’s near-30 year reign come to a close, was announced today at Easter Road and will clear the club’s debt. Chairman Rod Petrie stood down from the board yesterday.

Mr Gordon, 63, who has paid in the region of £6 million for a majority stake via his Byland Sports company, which has been set up for the deal, is described a “lifelong football fan”.

Born in Peru, his grandfather was from Aberdeenshire. He approached 78-year-old Sir Tom at the end of last year with an offer to buy his shares. He becomes executive chairman at Hibs which is now debt-free six years ahead of schedule. 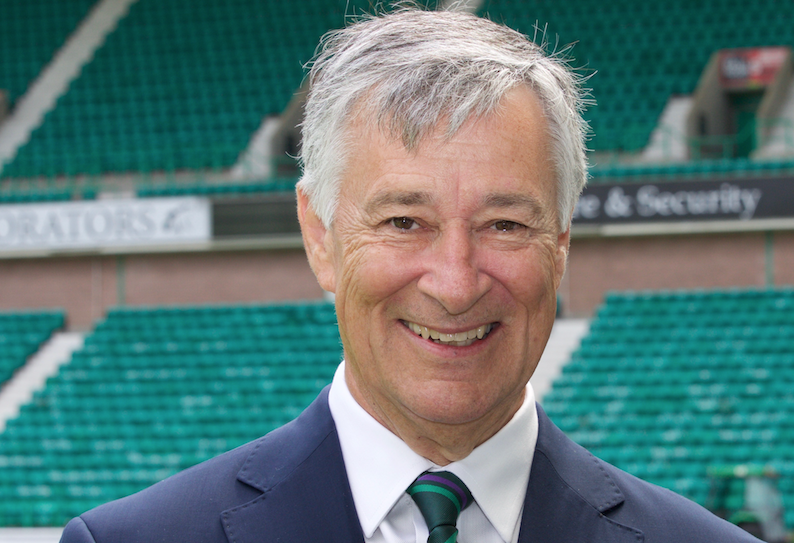 The club has been majority-owned by Sir Tom since 1991 when the Leith-born Kwik-Fit founder stepped in to save the club. He told Daily Business that over recent years he had received about 10 offers for the club.

At a media briefing he said he wanted to sell to the right person who also wanted to put something back into the community as he had done himself.

“I cannot wait to come to Easter Road and see the majorettes and taste the hot dogs,” he said.

Who is Ronald Gordon? Analysis of the deal and the new owner

Shareholders have voted in favour of Aberdeen FC becoming a private limited company.

Chairman Stewart Milne said last month that changing from a public limited company could unlock £2m of potential investment in the club, as well as making it easier to attract more capital.

A circular detailing the proposal was issued to all shareholders.

A big money deal could see one of Celtic’s stars making a move to Russia as Zenit St Petersburg are said to be preparing a £9m bid for Tom Rogic.

The Australian midfielder has become a popular figure among Celtic supporters since current boss Neil Lennon brought him to Glasgow during his first spell in charge in 2013. Rogic still has four years left on a deal he signed a year ago.