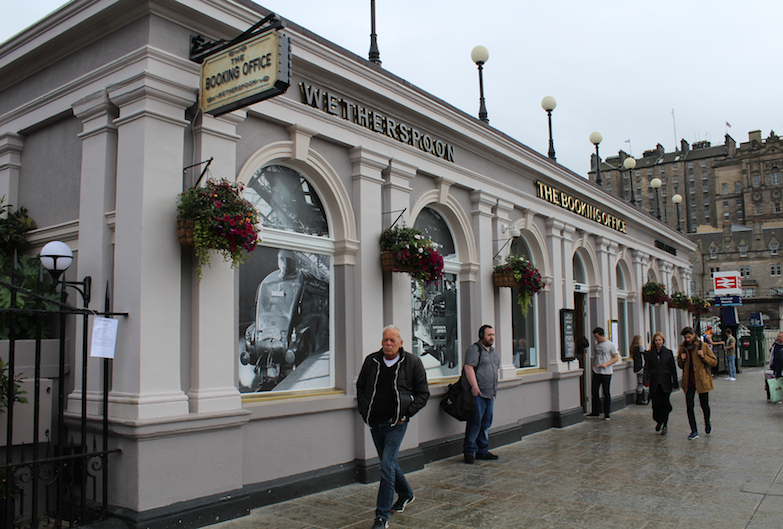 Since the start of the financial year, the company opened five pubs and disposed of nine. It expects to recognise about £3m of exceptional, non-cash losses for the year, mainly a result of pub disposals which were below the value in its balance sheet.

In the current financial year to date, the company spent £71m on buying the freeholds of pubs of which it was previously the tenant and had bought back £5.4m of the company’s shares.

Chairman Tim Martin continued to highlight Brexit as the main issue for shareholders and suggested a ‘no-deal’ could be better alternative to securing a single agreement with the EU.

“The main issue for shareholders, which dominates debate, relates to the nature of the UK’s post-Brexit relationship with the EU,” Martin said.

“The dichotomy between a ‘no-deal’ Brexit and a ‘deal’, as it is often portrayed in the media, politics and business, is highly misleading. The term no-deal really means ‘multi-deal’ – a multitude of deals agreed between individuals, businesses, governments and other organisations.

“In contrast the term ‘deal’ refers to a ‘mono-deal’ – a single overarching agreement, which aims to govern the entire relationship between the UK and the EU.

“The multi-deal approach, which immediately allows the UK to trade freely with the rest of the world, is a better alternative. As the House of Lords said in March 2017, there is then no legal liability to make any payments to the EU.”

Homebuilder Barratt Developments expects pre-tax profits to be ahead of market expectations amid a ‘strong’ close to the year and additional contribution from joint ventures.

Profit before tax should come in at around £910m, against £835.5m last year, driven by ‘continued strong progress from margin initiatives, a strong close to the year and additional contribution from joint ventures,’ the company said in an update.

David Thomas, chief executive, said: “It has been another very good year for the Group both operationally and financially. We have delivered our highest number of completions for eleven years, made further improvements to our margin and as the only major housebuilder to be awarded a 5 Star rating for customer satisfaction for ten years in a row, we continue to lead the industry in quality and customer service.

“We begin the new financial year with a strong forward order book and cash position, continued focus on the delivery of operational improvements across our business, and an ongoing commitment to deliver the highest quality homes across the country.”

Fashion retailer Superdry swung to a full-year loss and slashed its dividend as founder and new chief executive Julian Dunkerton pledged to return the company to its ‘design-led roots’.

“In a difficult retail climate, full year group revenue was flat on the prior year, with a first half performance benefiting from discounting and space growth followed by poor performance in the second half across all channels,” Superdry said.

The company said Dunkerton, who recently returned to the helm of the company following a boardroom stoush, would bring back design excellence, create clearer customer segmentation and ‘re-ignite the brand DNA’ through consumer engagement and social media.

Marks & Spencer may close more store closures than first planned after saying its current plans to shut 110 stores are “not finite”.

Chief executive Steve Rowe said its portfolio of legacy stores was “holding it back” as he spoke to shareholders at the company’s annual general meeting on Tuesday.

The department store chain is planning to close 85 stores and about 25 Simply Food outlets to help it make savings.

M&S chairman Archie Norman said the retailer was now paying the price of not closing “old-fashioned stores” over the last two decades, and that these now needed to go.