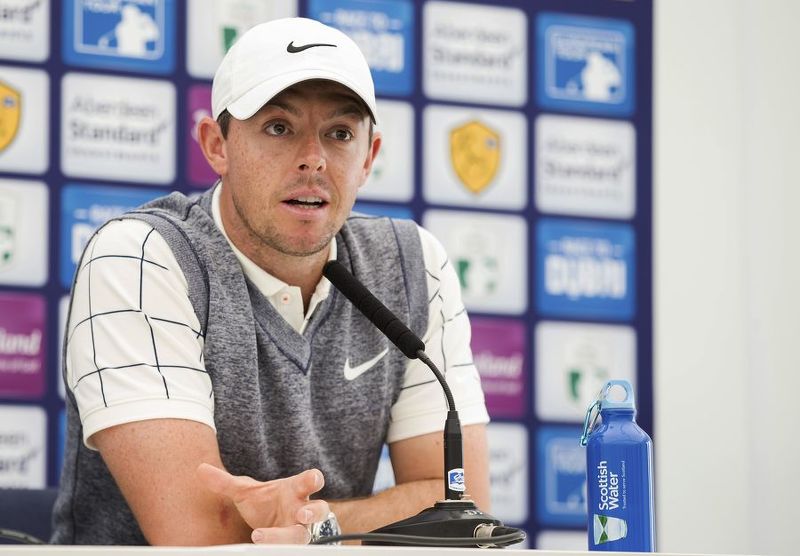 Rory McIlroy has claimed that golfers who treat the Aberdeen Standard Investments Scottish Open as a warm-up for The Open Championship lack respect.

With the event now traditionally played on a links course the week before The Open, a number of the game’s stars use the tournament to hone their skills for the Major test awaiting them.

That doesn’t wash with the Northern Irishman, who says the elevated status of the event demands it be treated accordingly.

The Scottish Open is part of the Rolex Series on the European Tour which involves eight events throughout the season that have inflated prize money and Race to Dubai points on offer.

Each Rolex Series event carries a prize fund of at least $7m and seven million Race to Dubai points, with this year’s Scottish Open prize fund having increased by around 300,000 Euros compared to last year’s event won by South African Brandon Stone.

“I think it’s a little disrespectful when people come in and they are treating it as a warm-up.

“I think most tournaments deserve to stand on their own two feet and have some stature and the Scottish Open is one of these events on the European Tour.

“It’s a big event, a lot of prize money, a lot of points, it deserves to stand alone and not just be this tournament that’s attached on to the week after.

“I’m fully focused on playing well this week and trying to get myself in the mix.

“I’m playing this event with two eyes firmly focused on the Scottish Open. I want to get myself into contention and have a chance to win a golf tournament.

“I think if I do that, that’s the best way to prepare for next week. You know, get yourself into contention, feel the heat of getting in there on Sunday and trying to play some good golf.”

McIlroy, competing again after three weeks off, is aiming to rectify a significant omission from his CV in East Lothian this week.

He has 13 European Tour titles, including his haul of Majors, but has yet to seal victory in a Rolex Series event or in Scotland.

As well as the Open Championship and the US Open, McIlroy has won the Irish, Australian and Canadian Opens, and would love to add another national title to his collection.

“I’ve been close a couple of times in Opens but I was proud to add another national open to my CV a few weeks ago in Canada,” he said.

“I was actually here in December for Oliver Fisher’s wedding, and the furthest we made it was to the clubhouse at the Renaissance for drinks.”