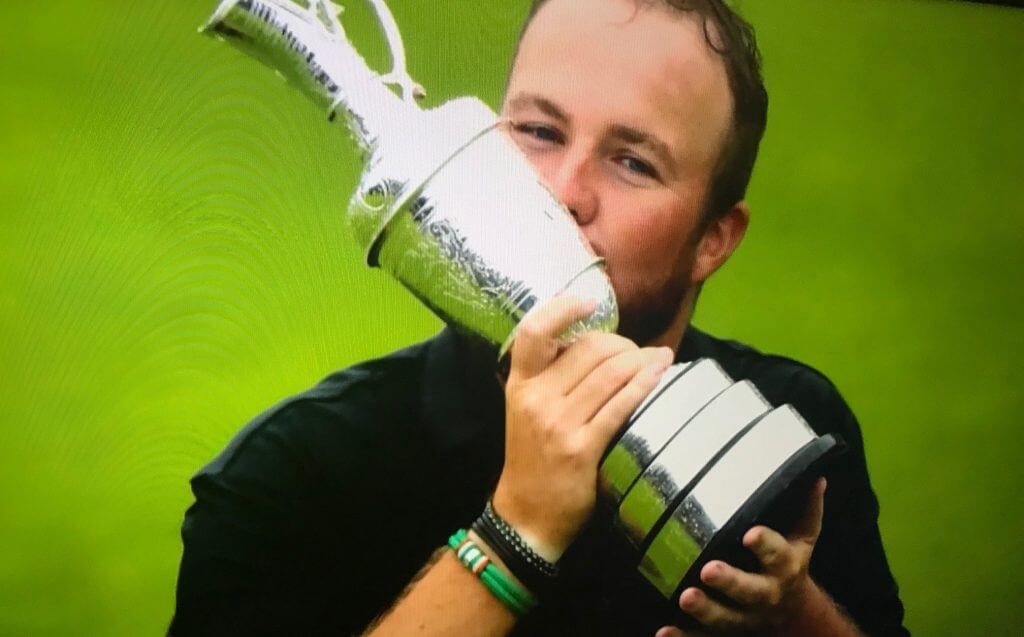 The man from County Offaly had gone into the fourth round four shots clear of the field and kept his nerve to card a one-over-par 72 and finish on 15 under par, well clear of his nearest challenger Tommy Fleetwood, who could only manage a 74 after a poor day on the greens.

It was the 32-year-old’s first Major success and banished the ghosts of the US Open at Oakmont in 2016 when he blew a similar lead in the final round.

With conditions at Portrush the most difficult of the tournament, those who had been hoping to put pressure on the Irishman fell away, leaving Lowry and Fleetwood to battle it out in the final pairing.

American JB Holmes suffered a spectacular fall from grace in his pursuit of Lowry. Starting the final round in the chasing pack at 10-under-par, he endured an afternoon to forget as he slumped to an 87 to finish the tournament at six over par.

“I wasn’t going great during the middle of the round, but then I took a look at the leaderboard and saw everyone else was struggling, and then it became a two-horse race between me and Tommy,” said Lowry.

“And that was good for me, I think, because I could focus on Tommy as far as I could. I can’t wait to wake up tomorrow morning, and find out what it’s going to feel like then. It’s just going to be incredible!”

Oban’s Robert MacIntyre produced a superb final round of 68 from an earlier start which propelled him through the field to joint sixth place in his first Major, the 22-year-old finishing as top Scot on five under par as his impressive maiden season on the European Tour continued.

“You never know how many of these you’re going to get so for my first one, it’s been a dream come true,” said MacIntyre, who pocketed over €300,000 after becoming the first Scot since Colin Montgomerie in 2005 to finish in the top 10 at an Open Championship.

“I’m proud of the way I handled everything this week.  I’ve got three weeks off now; I’m scheduled for a bit of shinty training on Tuesday night, so I’ll be into that.

“I go training every week when I’m at home. It just gives me that peace of mind, I’m away from absolutely everything and you get out with your pals. I’ve lost a bit of weight doing it recently too; it’s good for the fitness, it’s not dangerous at all. I just enjoy it and I’ll keep on doing it.”