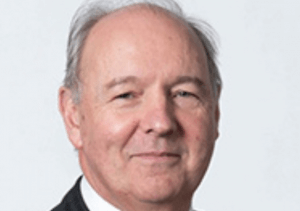 Mike McKeon, president of ICAS, has been confirmed as the new chairman of CCAB (the Consultative Committee of Accountancy Bodies).

In his role, Mr McKeon will take leadership of the group representing the main UK accountancy bodies, which has a combined membership of more than 380,000 professional accountants worldwide.

He takes over the role from John Cullen, chairman of ACCA’s standards board and partner and insolvency practitioner at Menzies.

During his year as chairman, Mr McKeon will focus on bringing the challenges and opportunities facing the profession into sharp focus as it goes through a period of change.

Speaking on his appointment, he said: “The business and accountancy world is facing unprecedented challenges, and an important focus for me will be to work on rebuilding public trust in our profession.

“Accountants are also seeing the way they work change, as the adoption of new technologies such as AI and blockchain become more common in the workplace.

“It is vital that the profession and those working in it evolves alongside these advancements and embraces the opportunities that technology provides.

“I intend to continue supporting the future development of the accountancy profession in the UK as it goes through these changes.”

Mike McKeon qualified as a CA with Price Waterhouse in Edinburgh, moving to Paris after qualification. He has extensive international business experience, having worked overseas for over 14 years for CarnaudMetalbox, Elf Atochem and Price Waterhouse. He returned to the UK in 1997 working for Rolls-Royce from 1997 to 2000 in various senior roles including finance director of the aerospace group.

He retired as an executive director and chief financial officer of FTSE 100 firm Severn Trent in March 2015, having served almost 10 years in the role and a total of 15 years as a public company CFO.

He has been chair of the ICAS Brexit advisory group, the ICAS oversight board and the ICAS policy leadership board. He was also vice chairman of the ICAS working party on “The Future of Assurance”.