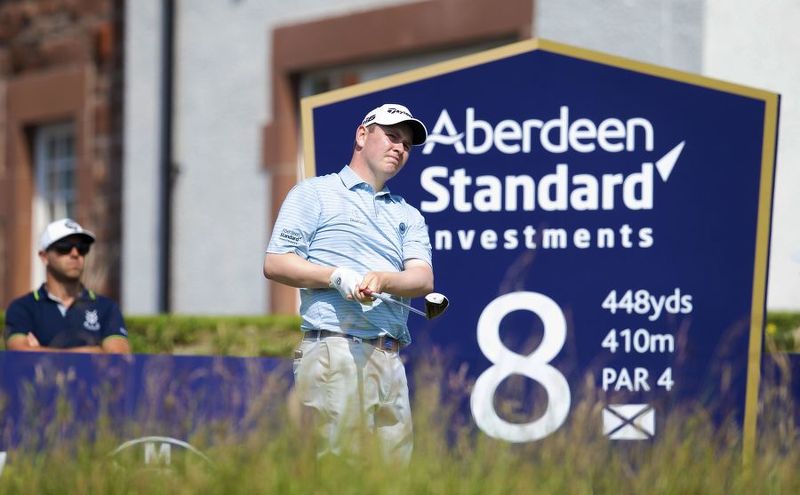 Edoardo Molinari continued his love affair with Scotland as a brilliant round of 63 left him in a four-way tie for the lead after round one of the Aberdeen Standard Investments Scottish Open.

Fresh off a top ten finish at last week’s Dubai Duty Free Irish Open, the Italian recorded his lowest Rolex Series round to date at The Renaissance Club to sit at eight under par alongside countryman Nino Bertasio, Romain Wattel of France and American Matt Kuchar.

Molinari won this event and the Johnnie Walker Championship in 2010 as he earned a captain’s pick for the Ryder Cup team and he could be playing alongside brother Francesco again at next week’s Open Championship.

The top three players in the top ten this week not already exempt will head to Royal Portrush Golf Club, and Molinari will be looking to take his chance after only narrowly missing out in County Clare last week.

South Africans Thomas Aiken and Erik van Rooyen, Welshman Jamie Donaldson, Belgian Thomas Pieters, Finn Kalle Samooja and English pair Lee Slattery and Andy Sullivan – who finished in second place in Ireland last week – are one shot off the lead, with Samooja making the 17th hole-in-one of the European Tour season on the 15th hole before Trevor Immelman took the tally to 18 on the same hole later in the day.

Rising Scottish star Robert MacIntyre shot a three under par round of 68 playing in his national open for the first time, in the company of four-time Major winner Rory McIlroy and the 2015 tournament winner Rickie Fowler.

“To get in at three under par, playing with these two guys, I’d say it’s pretty good,” he said.

“Even this morning, all I’m thinking about is that first tee, meeting the two guys. Luckily, I met Rickie on Monday. But meeting Rory; these are guys I’ve watched over the years.

“So, to get put into that bracket for the day was absolutely brilliant. I’m sure I’ll learn a lot. Two chilled-out guys, chatting all the way around. It’s a day that I’ll never forget.”