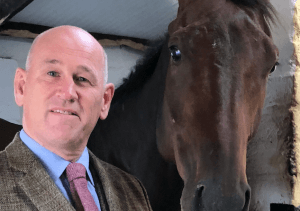 Former head of news at BBC Scotland and ICAS director Atholl Duncan has been appointed chairman of UK Coaching taking over from Gillian Wilmot, who stepped down at the end of June.

Mr Duncan is an experienced business leader and non-executive director with a background in strategy, change, digital, commercial, media and government affairs.

In his most recent non-executive role, he was the chairman of the British Horseracing Authority – the governing and regulatory body for the UK’s second largest spectator sport. He is also the founder of The Edge Coaching and Consultancy, which delivers high level executive coaching and change consultancy, and is an Insead qualified executive coach.

In his professional career, he was executive director of the Institute of Chartered Accountants Scotland, and is a former head of news and current affairs at BBC Scotland, where he was responsible for leading a team of 270 journalists.

He has held non-executive director roles with sportscotland, the Scottish Sports Council Trust and Hibernian Community Foundation – the charitable arm of the professional football club – and has experience of coaching triathlon, rugby and football.

Commenting on his new role, he said: “I am thrilled to be announced as the new chair of UK Coaching and hope to inspire and lead the organisation’s executive team on a positive journey towards public acknowledgement of coaching’s critical role in the overall health and well-being of the nation.

“With a passion for developing and maximising coach learning, I want to use my background and skills to influence the type of support and resources available to coaches so that every single one of them feels empowered to make real change in their communities and help people to thrive.”