Cricket fever is a platform for Digitonic to grow in India 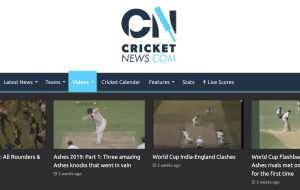 Glasgow-based mobile marketing agency Digitonic is hoping to cash in on recent cricket fever through a new office in India – its first foray into Asia.

Digitonic has appointed digital marketeers and sports journalists  who will be based in its country HQ in Lucknow in the north of the country, a location chosen due to its relatively close proximity to all Indian Premier League cricket teams. The mobile marketing company has plans to make further hires in both sales and content roles in the coming months.

According to the World Economic Forum India is set to become the world’s third largest consumer market with consumer spending growing from $1.5 trillion in 2019 to nearly $6 trillion by 2030.

Grant Fraser, CEO of Digitonic, commented: “As consumer spending rapidly increases, India will become an increasingly important and attractive market for businesses across the globe. As such, it is critical that we are able to help our clients acquire and retain customers in this growing market to ensure they are able to fully capitalise on the opportunities it has to offer.”

Digitonic reported a 44% revenue growth in its last financial year and recently secured investment valuing the business at £10m.

REFRESH PAGE FOR UPDATES 7am: Cairn completes Egypt deal Cairn Energy, together with its consortiumRead More