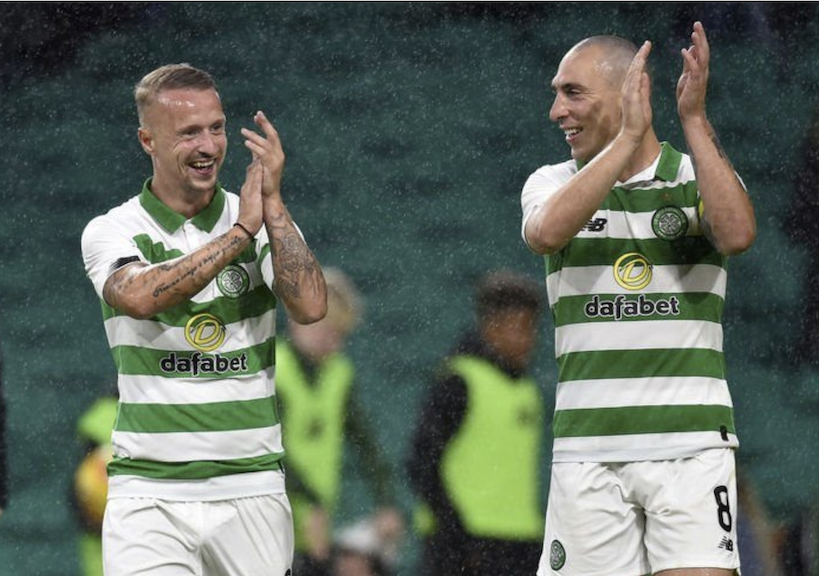 Celtic boss Neil Lennon was a happy man after his side set up a second round qualifier against Estonians Nomme Kalju. It was always going to be a relatively stress-free night for the hosts after their win in Bosnia seven days ago and they completed the job with a degree of ease.

“I’m very satisfied with the performance and the result. I thought we were excellent and played with some great attacking intent,” said Lennon. “They’re a very good side. To get through two legs like that so early against a big, strong, physical team, I think we’ve negotiated the tie very well.”

Ryan Christie opened the scoring on the night after 26 minutes, his effort making the aggregate score 4-1. Although Benjamin Tatar drew his side level in the 63rd minute, Callum McGregor rounded off a fine display with the winner 14 minutes from time.

“You could see they came out far more on the front foot tonight, and they were a week fitter,” said Lennon. “I thought we played very, very well in the first half and were dominant. The goal we gave away was a sloppy one from our point of view when we had control of the tie and the game and we lost a little bit of momentum.

“But then Callum McGregor scores an outstanding goal after an outstanding performance. Him and Scott Brown were exceptionally good, and to say that so early is amazing really.”

The biggest cheer of the night was reserved for Leigh Griffiths, who returned to competitive action for the first time this year as a substitute.

“What a reception he got, and that should mean the world to him,” said Lennon. “I think the Celtic support showed what he means to them, and he was full of energy and gave them a lift. We’re delighted to see him back to full fitness.

“He’s a smart centre-forward, and a sharp finisher. It’ll take him a while, he’s been out for a long time, But, step by step, we’re really pleased with the progress he’s making now.”