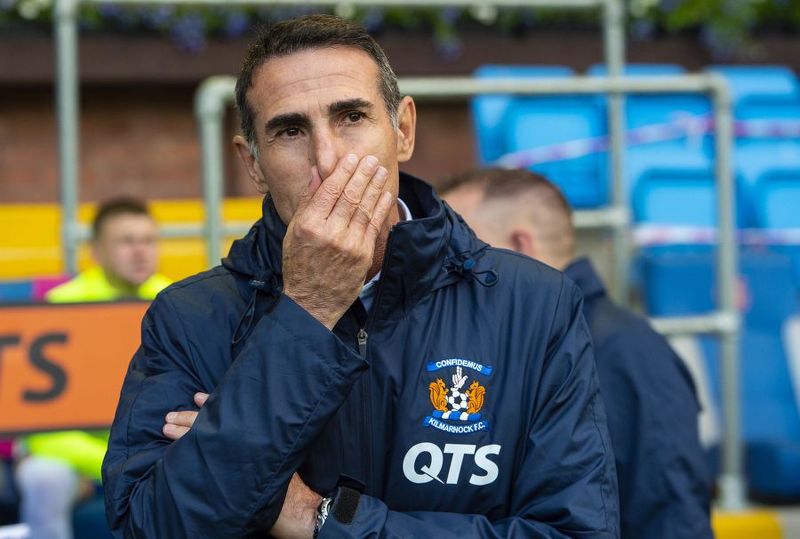 Angelo Alessio’s Kilmarnock honeymoon is over almost before it started after his side’s embarrassing European exit. The Rugby Park side had waited 18 years to compete in Europe and their adventure was over after just 180 minutes.

After beating Connah’s Quay 2-1 in Wales last week, booking a place in the next round was expected to be nothing more than a formality for the team which finished third in the Scottish Premiership last season under Steve Clarke.

However, the Welsh minnows had other ideas, executing their game plan perfectly to record the most famous result in their history. Defending heroically, they made the most of any chances that came their way.

The goodwill which Alessio had hoped would have carried him into the new season has evaporated, though the Italian stressed he wants his team to learn from the chastening experience.

“I’m sorry for this result, this is a bad result for us,” he said. “We won 2-1 in Connah’s Quay last week but today we lost 2-0 but it’s important for us to learn from this game and to continue to work hard every day.

“This team and these players they have shown the right attitude, the right mentality in the past. This is a bad result but we have to learn from this match. I don’t feel like I have lost the good feeling from the fans. It is important to remember that this is only the first game.

“Yes, it is a bad result and I am sorry for this because I am the manager but it is important to stay together. Everyone – the fans, the club and you guys in the media.”

Ryan Wignall – he would later be sent off – put the visitors ahead five minutes after the break and Callum Morris netted from the spot after 79 minutes to send Killie crashing out. The home side’s Stuart Findlay also saw red for the challenge which lead to the penalty. 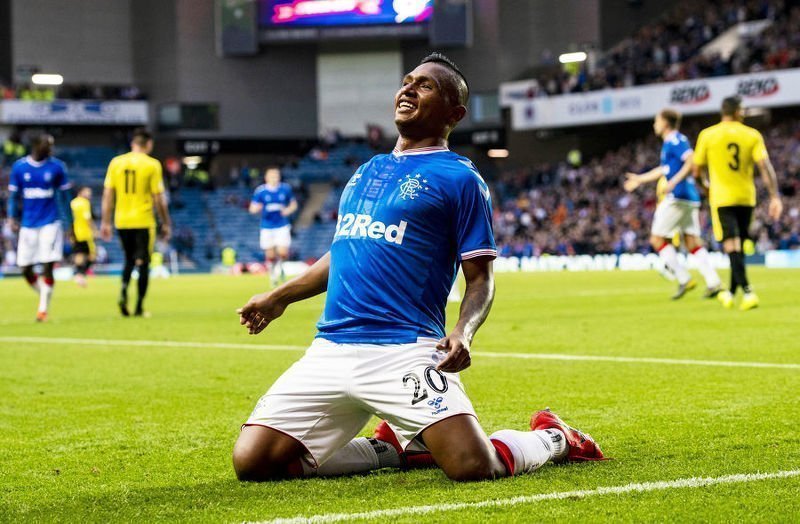 Rangers set up a revenge mission next week against Progres Niederkorn with a comprehensive defeat of their visitors from Gibraltar.

Leading 4-0 from the first leg away from home, Steven Gerrard’s side rattled in another six goals without reply in front of an appreciative Ibrox audience.

Alfredo Morelos once again showed any clubs watching him that few know the road to goal better with a hat-trick, while Jermaine Defoe netted a second-half double from the bench. New signing Joe Aribo had set the ball rolling with a third-minute opener.

“I thought first-half we were a little bit tense, nervous, a little bit boring at times, and we failed to lift the crowd really, so probably a game of two halves in terms of the performance. But over both legs really pleased with the professional job and the mentality we showed.”

Rangers are at home on Thursday for the first leg against the side from Luxembourg, who knocked them out of the competition two years ago.

Daniel Candeias, meanwhile, looks to have played his last game for the club. He has been given permission to speak to Turkish club Genclerberligi, with Gerrard saying: “I had a conversation on Wednesday with Daniel and he said he wanted to go and speak to a team in Turkey. We’ve had an approach and we had a real adult conversation.

“I said I wanted him to stay and fight for the shirt and be part of the squad but he said he wants to go and explore the situation in Turkey so we reluctantly but respectfully granted him permission.” 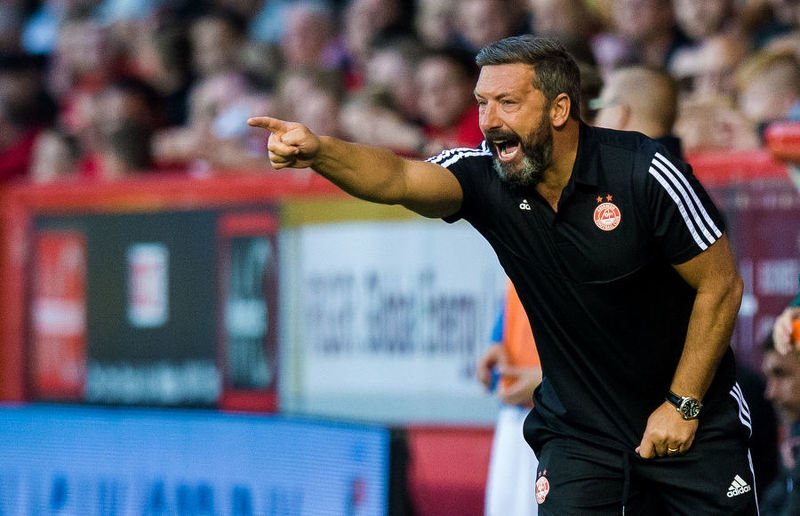 Georgia is now on Aberdeen’s mind after the Dons survived a scare in Lapland to book a clash with Chikhura Sachkhere.

The visitors fell behind after just two minutes as Tarik Kada netted for the Finns, although Sam Cosgrove settled the nerves again with a 26th-minute penalty. The Dons had to wait until the final minute for the winner, Lewis Ferguson netting.

“When we needed to stay calm and make good decisions, we did,” said Aberdeen boss Derek McInnes. I’ve learned a lot about my team – and it’s a new team and new squad – over the last couple of games.

“When you look at the two games, the amount of chances and action we had in the opposition box, there’s loads to be pleased with at this stage of the season.”

The Dons head to Georgia for the first leg next Thursday.