Controversial accommodation bookings platform Airbnb generated a near-£700 million boost to the Scottish economy last year, according to the company’s latest data.

Guest spending in Scottish neighbourhoods and communities accounted for more than three quarters (£531m) of the total figure of £693m generated for the country.

Guests spent on average £100 per day on activities such as cultural experiences, sightseeing, shopping, travel and food and drink.

Hosts in Scotland who let their rooms on Airbnb, also enjoyed a boost to their income, collectively earning more than £162m.

This announcement comes as Airbnb reveals that host income and guest spending led to over £4.2 billion ($5.6bn) in estimated direct economic impact for the UK, and exceeded $100bn globally in the last year.

Hadi Moussa, Airbnb, country manager UK and Northern Europe, said: “Airbnb has transformed the way people travel, helping visitors to explore beyond the traditional destinations and hotspots. Tourism plays an important role in the Scottish economy, and the Airbnb community of hosts and guests are helping to spread the benefits of this tourism, enabling travellers to live like locals and putting money in the pockets of local families, businesses and communities.”

Malcolm Roughead, Chief Executive of VisitScotland said: “Tourism today is all about consumer choice and we are lucky to have a range of options from the five star experience to now, the spare bedroom. Airbnb is part of a suite of choices the consumer has when visiting a country and there’s no doubt it is helping to grow the visitor economy through innovative new approaches to tourism.”

Based on estimated guest arrival numbers in 2018, the top destinations in Scotland for Airbnb guests are:

This growth is accompanied by insights from the Airbnb community, which found:

However, some residents complain that the phenomenon has had a damaging impact on some neighbourhoods by swamping them with short-term lets, often leading to anti-social behaviour. There have been calls to restrict the growth of short-term letting accommodation.

Airbnb says it helps spread the benefits of tourism to some of the least visited destinations in the world. Between 2016 and 2018, guest arrivals of travellers on the Airbnb platform increased substantially to destinations like Moldova (190%), Vanuatu (187%) and New Caledonia (175%).

Airbnb listings are not concentrated in any one market, and no one city accounts for more than 1% of listings worldwide. It says it leads the way on working to ensure home sharing grows responsibly and sustainably in the communities hosts call home. 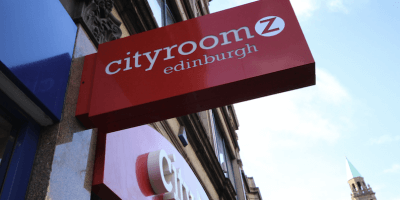 Orr to lead expansion after swoop on Sleeperz