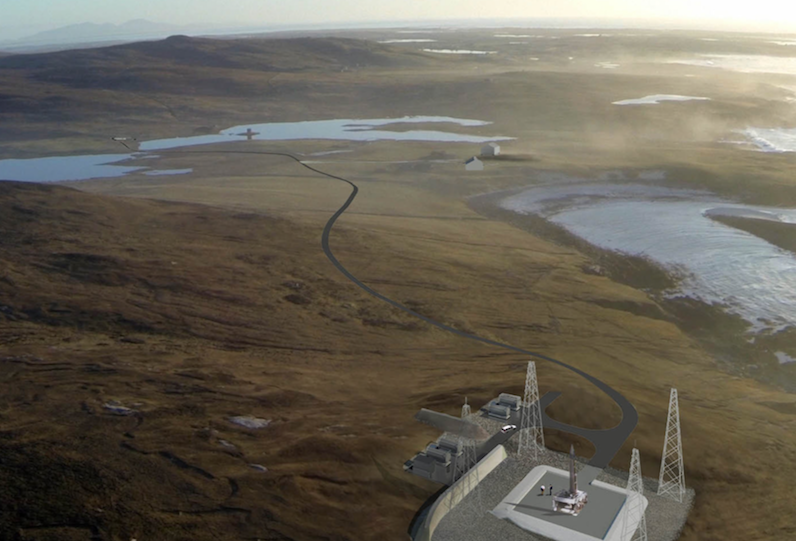 Preparing for launch: the Spaceport in the Western Isles

North Uist will enter the space age as a project to create the UK’s first vertical launch commercial spaceport is unveiled today.

The consortium behind the Spaceport 1 project, which includes major players in the UK and international space sector and is led by Comhairle nan Eilean Siar (Western Isles Council), is proposing a spaceport at Scolpaig on the north-west coast of North Uist.

Comhairle nan Eilean Siar has paid £1 million for the land where the rockets will be launched vertically, offering low-cost, safe and efficient access to sun synchronous and polar orbits. In a unique partnership with QinetiQ, which operates the nearby MOD Hebrides Range, the project will benefit from proven launch vehicle technology, existing intelligent systems and access to the largest area of segregated airspace in Europe.

Roddie Mackay, leader of Comhairle nan Eilean Siar, said: “This is a critical strategic investment for the Comhairle and the North Uist community. The economic benefits that would flow from this project are immense and we are delighted to offer it our full backing.

When it comes to fruition the project will create between 50 and 70 jobs and a range of wider and longer-term economic benefits.

Rachel MacKenzie, area manager for Highlands and Islands Innse Gall, said “Scotland’s space sector is young but has strong potential and an appetite for significant growth. There is already international interest in opportunities here for design, manufacturing and supply chain businesses, and launch operations. HIE is delighted to be working with our partners in the Spaceport 1 consortium to develop these ambitious plans for the Outer Hebrides.”

Alan Webb, director at Commercial Space Technologies, commented: “CST is delighted to be part of the Spaceport1 journey. We have been following the story of spaceports in the UK for over 10 years and we identified early on that North Uist has the necessary infrastructure, geographical situation and local skills to give its plans for vertical launch significant credibility.

“When combined with the unending drive from those involved, CST has every confidence that Spaceport1 will be a commercial success and boost to local and national interests.”

Discussions have already begun about proposed test launches from the site later this year. Community consultation events on the planned activities and the Spaceport1 project will take place over the summer as part of an on-going programme of engagement.

One Comment to Western Isles Spaceport plan preparing for take-off