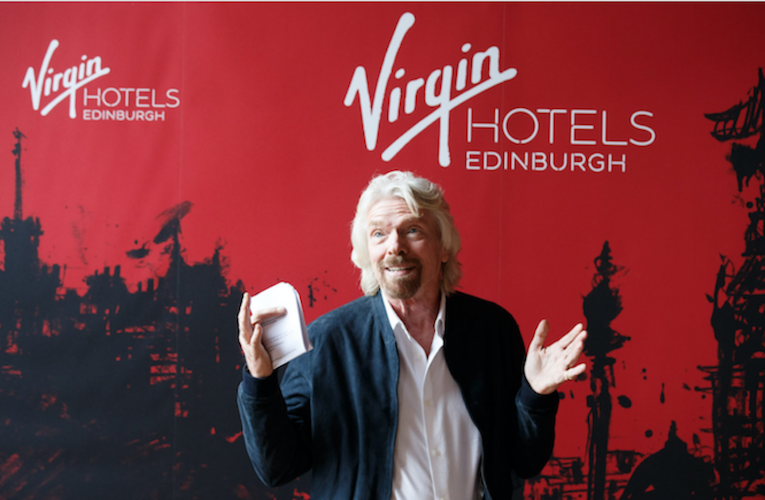 Richard Branson at the Edinburgh launch

Construction will begin on the first Virgin Hotel in Europe within weeks, following the completion of archaeological works on the site in Edinburgh’s old town.

The construction work was deferred while important surveys were carried out on the land off Cowgate. The hotel is scheduled to open in 2021.

Because of the nature of the location, the archaeological dig has given a unique insight into the early origins of the city. The work has been undertaken by AOC Archaeology, overseen by specialist consultants CGMS, working closely with City Archaeologist John Lawson who has declared the finds, “of national importance and one of the most significant medieval archaeological excavations undertaken recently in Edinburgh.’’

Finds on site potentially date back to the Bronze Age and chart the development of early Edinburgh in the shadow of Castle Rock. The finds are still being analysed to determine more precise information, but amongst the key finds have been:

The finds have generated wide interest in the archaeological and local community. So far, there has already been around 300 people visiting the site to view the work and presentations have been made to archaeological conferences and societies.

The results of the excavation, including the subsequent analysis and research is expected to generate a significant number of academic publications on what looks to be one of Scotland’s most important archaeological excavations in recent years.

Commenting on the archaeological finds, Virgin Hotels CEO Raul Leal said, “We always knew that India Buildings was a special place and a very special development for Virgin Hotels, though I’m not sure we could have guessed just how amazing it really is.

“A unique insight has been gained into life in Edinburgh and the city’s development over nearly 1,000 years. We appreciate the support and help the experts at CGMS, Mr Lawson and the council over what has been a forensic examination of the location.”

He added: ‘While we’ve been keen to get on with the India Buildings development, we know how important it is to take advantage of an opportunity like this to shine a light on the lives and history of the city’s earliest residents and communities.

“Virgin Hotels is proud to have played a part in work of such national importance. We look forward to continuing to work closely with the city through to the hotel opening, and we will look at ways we can inform our guests of the rich history beneath the rooms in which they will sleep.”

The council’s Culture and Communities Convener, Donald Wilson, said:, ‘As a council we are fully committed to understanding and preserving the story of this great city, and I would like to thank Virgin Hotels, AOC Archaeology and CGMS for working so closely with our team on this fascinating project.

“It just goes to show how important it is that we take the opportunity with every major development in the city to investigate what’s underneath with a thorough excavation. The items found will help provide new insight into some of the earliest chapters in Edinburgh’s story, and I’m sure, will launch future scientific papers and exhibitions. We also look forward to seeing the first Virgin Hotel in Europe opening here in the near future.”