Ships burn in Gulf of Oman 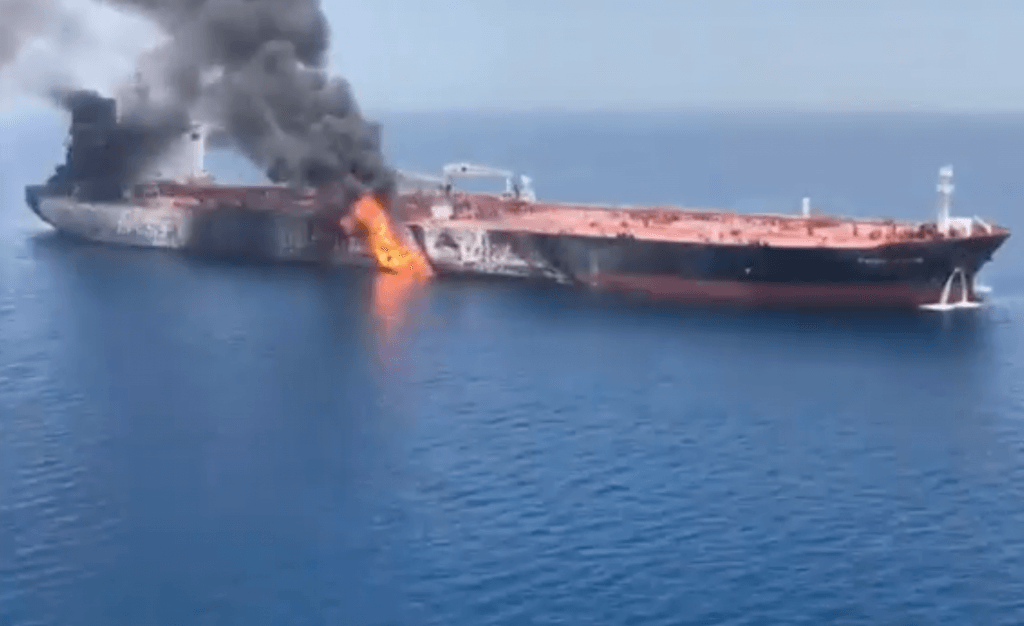 Oil prices surged on Thursday after attacks on two oil tankers in the Gulf of Oman prompted new tensions between the US and Iran.

The Japanese-owned Kokuka Courageous with 23 crew members aboard and Norway’s Front Altair also with 23 crew were abandoned after the blasts.

Brent crude, the international benchmark, rose by up to 4% before slipping back to trade 2% higher at $61.06 a barrel in early Asia trading. US crude gained 0.35% to $52.46 per barrel after rising more than 2% on Thursday.

The US accused Iran for the assaults and was prepared to take the necessary action to defend itself and its partners. Secretary of State Mike Pompeo said: “Taken as a whole, these unprovoked attacks present a clear threat to international peace and security, a blatant assault on the freedom of navigation, and an unacceptable campaign of escalating tension by Iran.”

However, US security officials shared the view of European counterparts that others might have been responsible. A senior Iranian official told the BBC: “Iran has no connection with the incident.”

The suspected attack in one of the world’s busiest oil routes comes a month after four oil tankers were attacked off the United Arab Emirates.