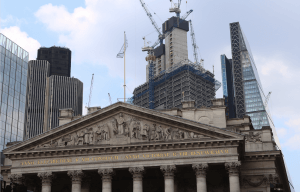 Swiss Re has set a price range of 280p to 330p for shares in the flotation of its UK life assurance business ReAssure, chaired by former Scottish Widows CEO Archie Kane.

The price range would value the world’s second-largest reinsurance company by market capitalisation at between £2.8 billion and £3.3bn.

The offer is expected to deliver a free float of 26% of ReAssure’s issued share capital, although up to 15% more will made available as part of an over-allotment allocation. The prospectus will be published later today.

Zurich-based Swiss Re is spinning off the closed book life insurance consolidator to give it easier access to capital to fund its expansion. ReAssure has £68.7bn of assets under administration and 4.3 million policies.

Swiss Re would cut its stake in ReAssure to below 50% from 75%. Japan’s MS&AD Insurance Group Holdings intends to retain its 25% holding.