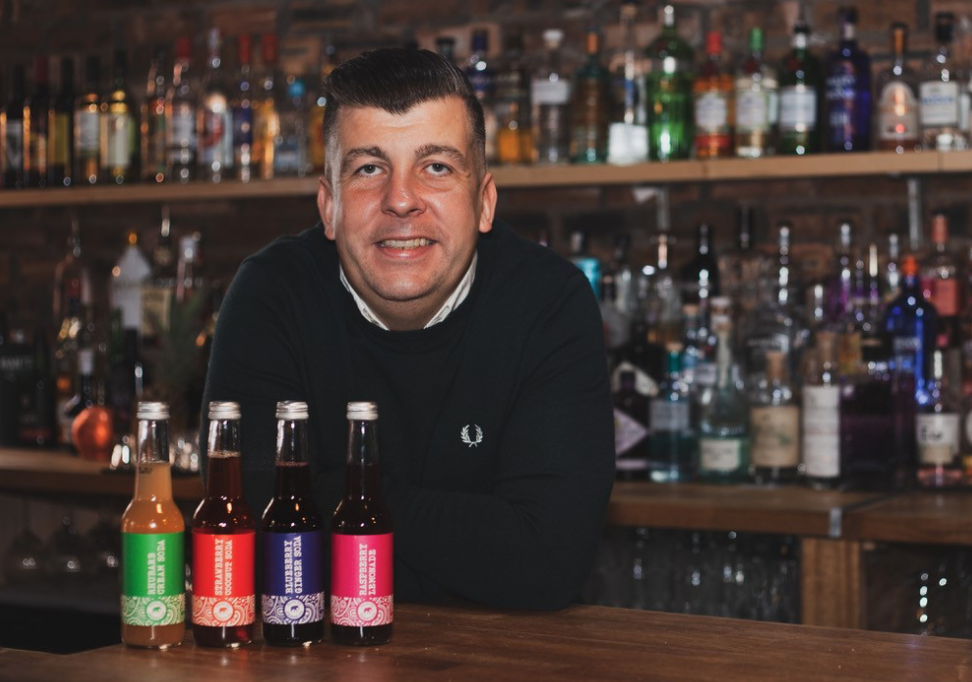 Brian O’Shea: ‘there was a limited choice in the market’

A former supermarket buyer is hoping to echo the craft beer and gin revolution in the soda drinks market.

Brian O’Shea spent 20 years working for supermarket giants including Asda and Sainsbury’s and after receiving a start-up loan launched his own range of soda drinks. Now he is hoping to get his products stocked by the supermarkets.

Mr O’Shea launched The Paisley Drinks Company in February with a £10,000 Start Up Loan from Transmit Startp-Ups after spotting a gap in the market for craft soda made using only natural Scottish ingredients and processes.

“We wanted to develop unique flavours that would set the Paisley Drinks Company apart from others and that would really resonate with customers. For example, the strawberry coconut soda is based on Scotland’s favourite sweet treat, the snowball, a classic biscuit that’s filled with jam and sells by the millions.

“This idea for a craft soda came to me when my wife was pregnant and was looking for an interesting, non-alcoholic drink when we went out to eat and we realised how limited the choice is.

“We’ve seen the rise of craft beer and gin but there’s nothing when it comes to premium craft sodas and why should people who don’t drink alcohol have to be limited to a few dull options on the bottom of the menu? The sodas also made refreshing alternatives as mixers to spirits too and we are in the process of working with a mixologist to develop some incredible combinations.”

Dozens of bars, cafes and restaurants in the Paisley area are already stocking the craft range and a new deal with a wholesaler will extend distribution to farm shops and other outlets. Next, Brian has his sights set on bringing his real soda revolution to the supermarkets.

Transmit Start-Ups is a provider of Government-backed Start Up Loans and has backed the business ambitions of 1,168 entrepreneurs in Scotland with over £13 million. Transmit’s loans offer entrepreneurs an alternative to traditional finance, with low interest repayments and high-impact mentoring.