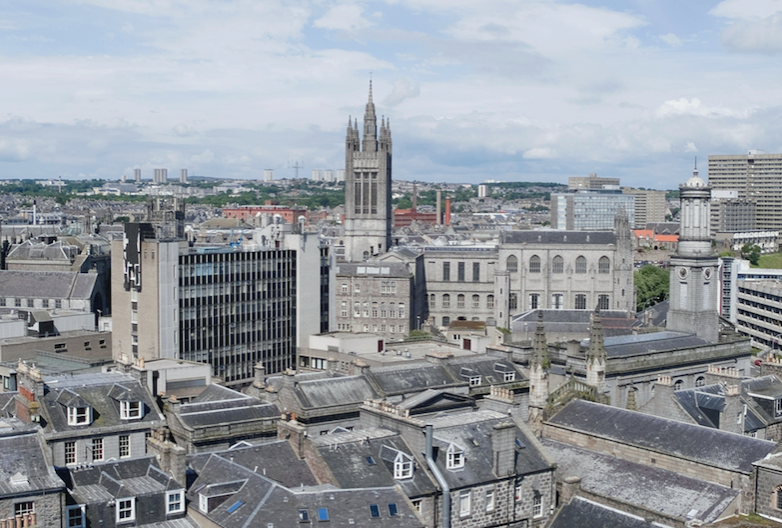 Aberdeen has the lowest SME growth in the UK

Investment by Scottish SMEs has fallen to its lowest in five years, driven by lower borrowing and an increase in businesses operating below capacity.

Scotland saw a 7.9 point decline to 35.5 points in CYBG’s latest SME Health Check Index in Q1 2019, the lowest it has been since it began in 2014 following significant drops in the capacity, confidence and revenue indicators. Across the UK the index fell by 6.6 points to 48.5, its lowest rating for a year.

The analysis also assessed business creation and found Aberdeen in 25th spot with the lowest growth in SME numbers of any UK city in the years between 2014 and 2018, growing by just 1%. The city experienced a 12% decline in the number of SMEs in the professional, scientific and technical activities sector placing a major drag on the city’s overall growth rate.

Glasgow was the highest ranked Scottish city at 15th, followed by Edinburgh in 19th place. Glasgow has seen a 33% increase in the financial services SME population and a 34% increase in the information and communications sector, while Edinburgh’s ranking has reinforced its status in the UK’s tech sector, with SMEs specialising in computer programming alone accounting for almost a sixth of the increase in business population.

Across Scotland there has been a decline in the number of businesses in the wholesale and retail sectors, although the rise in the number of firms in the information and communications sectors has been the third fastest in the UK – behind London and the North East.

The report is published in partnership with economic consultancy, the Centre for Economics and Business Research (Cebr). Despite the gloomy top line figure, and persistent low confidence amongst the country’s SMEs, the report finds grounds for cautious optimism with GDP and employment both slowly increasing.

However, there is concern that some of the rebound in activity at the start of the year was related to Brexit contingency planning and the underlying picture is less promising than the headline figures suggest. It remains unclear if pre-Brexit stockpiling will continue in the run up to the new 31 October expected Brexit date.

“The deep dive into the city information gave us some rich insight into the regional picture, so this time we have chosen to take a closer look at how business creation has evolved on a city-by-city basis. Aberdeen’s dependence on the weak oil and gas sector means that it has the lowest score of any UK city but the SME sectors in Glasgow and Edinburgh have been more dynamic with growth in line with the UK average.”