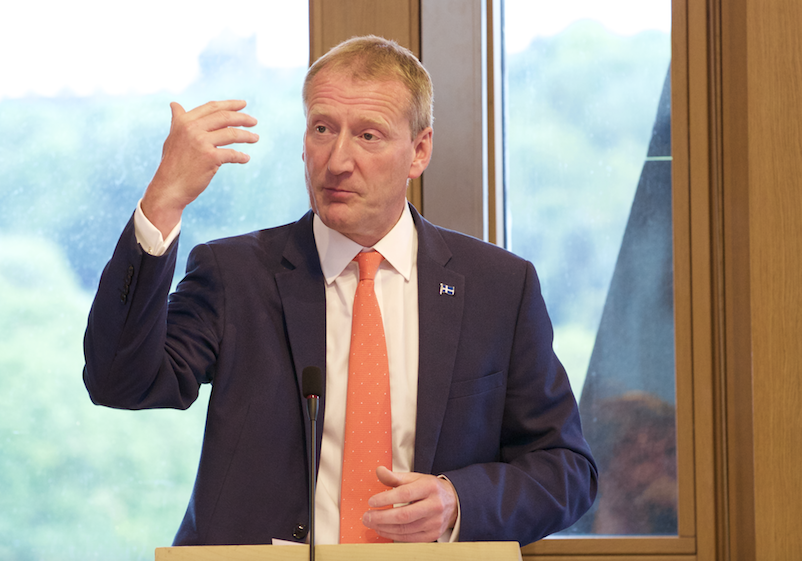 Tavish Scott, one of Scotland’s longest serving MSPs, is to leave the Scottish Parliament to take up the position of head of external affairs at Scottish Rugby. He will formally resign in July and takes up the new position in August.

Mr Scott has represented Shetlands as a Liberal Democrat MSP in the Scottish parliament since it was reconvened in 1999.

He said: “Representing the people of Shetland has been my life for 20 years. It has been an enormous privilege and honour to have been Shetland’s MSP since the Scottish Parliament opened in 1999.

“I want to thank people the length and breadth of the islands for their support over the years. The bread and butter of representing people is helping solve problems and making their case to government, organisations and businesses. I have always enjoyed the challenge of serving Shetland and it is the part of the job that I will, without doubt, miss the most.

“There have been many highlights, wonderful moments and intense political drama that I would not have missed for anything. I leave the Liberal Democrats at an exciting time in the party’s development. There have been excellent recent results in the recent European elections, improved poll ratings and there is genuine optimism about the future for the party.

“So on this, the 20th anniversary week of the re-establishment of the Scottish Parliament, it is the right time for me to change direction.


“I am absolutely delighted to be joining Scottish Rugby at this incredibly exciting time for the sport in Scotland and across the world. To have the opportunity to work for Scottish Rugby is a huge challenge and one that I cannot wait to begin. I will miss the cut and thrust of politics and the people I have met and represented for 20 years, but there can be no better new beginning than working for Scottish Rugby.”

Scottish Liberal Democrat leader Willie Rennie said: “Tavish Scott has been a loyal servant of the Liberal Democrats and the people of Shetland as a parliamentarian, minister and leader.

“From the day the Scottish Parliament was re-established he has put the people of his constituency first and campaigned fiercely on their behalf.

“As a huge sports fan, this is an enormous opportunity for him. I will miss having him beside me in parliament but wish him all the best in his new role.”