Kerr: plenty of positives for Scotland despite defeat 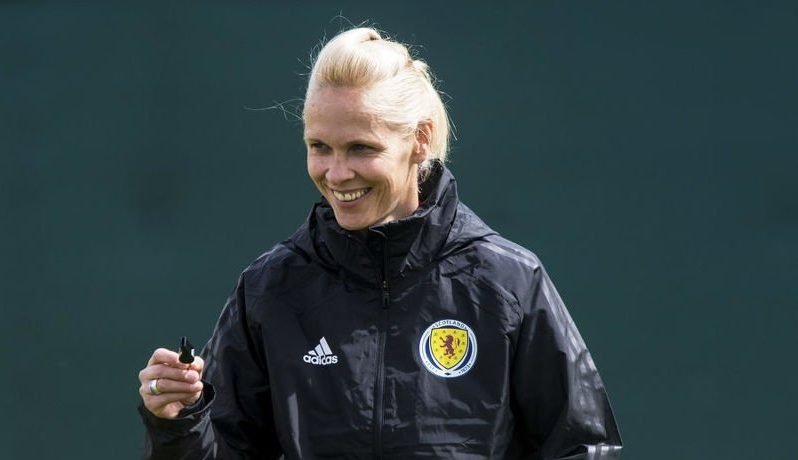 Scotland’s first taste of the Women’s World Cup may have ended in disappointment but hopes are high for brighter days ahead in France.

The battling performance from Shelley Kerr’s side against one of the pre-tournament favourites provided plenty of optimism for the remainder of the tournament.

Their second-half display in Nice in particular was a source of positivity, with matches against Japan and Argentina to come as they bid to qualify from the group stages.

The English had VAR to thank for their opening goal, Nicola Docherty deemed to have deflected the ball with her arm. Nikita Parris stepped up to smash her side into the lead.

Things went from bad to worse for the Scots as the interval approached, Ellen White taking advantage of slack defending to double the advantage.

Kerr’s side was a different proposition after the break, though, and when Claire Emslie netted her country’s first goal at a Women’s World Cup, Scots’ hopes of rescuing a point surged.

However, although England appeared rattled at the loss of the goal, Scotland couldn’t breach the defence again.

“They are ranked third in the world for a reason and there is no doubt they are a formidable team,” said Kerr. “We couldn’t play the expansive game as we have done previously against other teams.

“The penalty probably dented our confidence a wee bit but all credit to the players, they regrouped after half time and that’s what they’ve done throughout the campaign.

“I think we came out in the second half and we showed what we’re capable of.”

Kerr added: “I’ve watched the penalty three times and I thought it was a bit harsh, but the rules are the rules.

“What I want to do now is applaud the players for the second-half display.”

Next up for the Scots is Japan in Rennes on Friday.