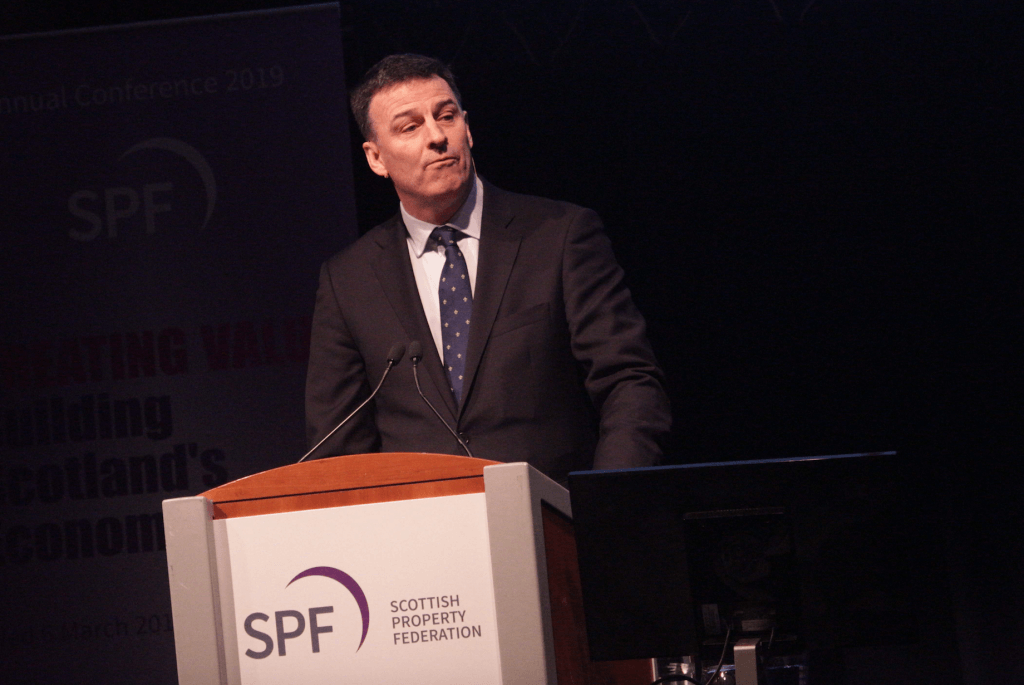 MSPs today begin three days of debate on controversial changes to Scotland’s planning system amid warnings that they will make it more complex and ‘unworkable’.

Concerns in the new Planning (Scotland) Bill include removal of private ways from permitted development rights or applying a third party or equal right of appeal that will slow down the planning process.

Following the lodging of more than 200 Stage 3 amendments, the Scottish Property Federation (SPF) has welcomed evidence of cross-party cooperation but remains concerned that a number of last-minute amendments could derail the planning system.

Miller Mathieson, SPF chairman, said, “At our annual conference in March, we called for parliament to work together to untangle the Planning Bill after a string of unworkable amendments were passed at Stage 2.

“Efficient and effective planning is crucial for future development and investment in Scotland. It starts with a workable, competitive planning system that unlocks opportunity rather than hindering it.

“We call for MSPs to bear these implications in mind and agree to return the Bill to its original intention of creating a simplified planning system for Scotland, which focuses on delivering much-needed homes, jobs, and investment.”

Anthony Aitken, head of UK planning at Colliers International has previously warned that the proposed amendments, if carried through, could adversely impact the Scottish Planning system, make it less responsive, more complex and difficult to navigate.

He warns that this could be retrograde step for the Scottish economy, for Scottish families in need of modern affordable homes, and to Scotland’s competitiveness as a place to do business in comparison to the remainder of the UK.

Scottish Land & Estates (SLE) has warned that rural communities could be among the hardest hit and has consistently expressed concern that a number of planned changes would hold them back.

“The requirements of almost one million people living in rural communities need to be given full consideration as the Planning Bill is passing through Parliament. We urge MSPs to back amendments that will support rural communities in building resilience through diversity.”

Scottish Labour, however, wants to give communities a right of appeal on proposed developments. It is seeking to secure more protections for live music venues, allow for more public sector led development and is calling for public health to be at the heart of the planning system.

Planning Democracy which has campaigned for better rights for communities in planning throughout the planning Bill, has been at the forefront of demanding a right of appeal for communities.

“Things are unlikely to change as a result of this legislation because it doesn’t address fundamental power imbalances between communities and the development industry,” said the group’s spokesman Clare Symonds in a statement.

“Scotland’s planning system is dominated by a growth agenda that views development as a public good, regardless of its impacts on people or the environment. A heavy reliance on market driven development means that, in effect, our so called democratic planning system has been captured by developer and landowner interests, who benefit greatly in speculation in land values. The bill does nothing to change these dynamics or the gross inequalities and poor quality development that result.”

Edinburgh could be ‘stunted’ by plan rejection

The Scottish Government’s decision to reject a plan to develop south east Scotland threatens the economic prosperity of the region, a planning specialist has warned.

Anthony Aitken, head of UK planning at Colliers International, said that the city cannot continue to grow economically without providing the required housing for its workers and growing population.

The Scottish Government recently rejected the strategic plan by councils representing Edinburgh and the surrounding towns and countryside – called ”SESplan 2” – that set out to 2030 where extra housing and employment could be sited.

Mr Aitken said: “The plan was designed to ensure that the Lothians economy – one of Scotland’s hotbeds – continues to prosper. But if you can’t house your population, you can’t prosper. This decision threatens the prosperity of the city region in the near future.”

In their official rejection letter to the SESplan, Scottish Ministers said they were “not satisfied that the Plan has been informed by an adequate and timely Transport Appraisal,” and that it “does not take sufficient account of the relationship between land use and transport”.