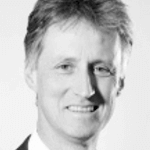 Mattioli Woods, the specialist wealth management and employee benefits business, has cancelled the option to acquire the remaining 51% of its joint venture with Edinburgh-based Amati Global Investors.

As announced on 5 February, the Group believes that retaining a minority interest in the JV offers the optimal structure for all stakeholders. Accordingly, the Group agreed to cancel the option in return for a payment of £0.75 million from the management team.

Mattioli Woods acquired 49% of Amati in February 2017 and the agreement also included the option to buy the remaining issued share capital of Amati in the two years commencing 6 February 2019.

Dr Paul Jourdan, (pictured), CEO and founder of Amati Global Investors, said: “This completes an important strategic move for the business, which we believe will provide a strong underpinning for future growth. The agreement in February arose from detailed discussions over many months, and we were highly appreciative of the way in which Mattioli Woods entered into a spirit of partnership with us having recognised the merits of the current ownership structure.

“We are delighted to have developed this innovative model, which combines the benefits of operating an integrated business that Mattioli Woods enjoys with the kind of independence which has long been regarded as optimal for boutique fund management businesses.”

Ian Mattioli, chief executive of Mattioli Woods, added: “Amati is an excellent fund manager that is growing well and sustainably in difficult markets. Given the success of the current arrangement over the last two years, I believe the group retaining our 49% interest in the joint venture offers the optimal structure for all its stakeholders.”

Since Mattioli Woods’ initial investment, Amati has performed strongly in challenging markets. During this period, it has seen funds under management grow from £120m to around £430m, won numerous industry awards, and the TB Amati UK Smaller Companies fund has been rated by three major fund research houses – Morningstar, RSM and FE Analytics.

In addition, as part of the previously announced transaction, Mattioli Woods has agreed that Amati should maintain the policy it adopted at inception of giving 10% of profits to UK registered charities. These donations are directed by the owners of the business in proportion to their equity holdings and Mattioli Woods’ 600-plus staff are actively involved in selecting recipients for its share. As a result, Amati supported over 80 additional charities last year across the UK.