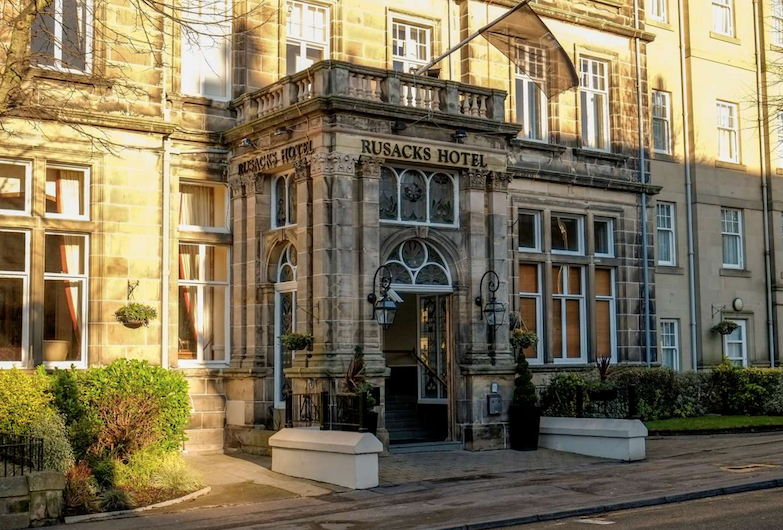 Sold: Rusacks in St Andrews is among those being offloaded

Macdonald Hotels is selling 27 of its properties to a private equity player in a deal aimed at clearing its nearly £190 million of bank debt.

The sale will leave the group with 11 hotels and nine resorts in the UK and Spain and comes after it posted a pre-tax loss of £1.1m for the year to the end of March 2018, compared to a profit of £5.6m in the previous year.

The buyer is not being named but the deal includes the Macdonald Hotels name, the management platform and the headquarters in Bathgate.

Those being sold include the Rusacks Hotel overlooking the 18th hole on St Andrews’ Old Course; The Randoph Hotel in Oxford; The Compleat Angler at Marlow on the Thames, the Holyrood Hotel in Edinburgh, Houston House in West Lothian, the Inchyra Hotel & Spa near Falkirk, Crutherland House Hotel in East Kilbride, the Loch Rannoch in Perthshire, and the Cardrona Hotel, Golf & Spa at Peebles.

Paul Tamburrini’s Bistro Deluxe restaurant at the Macdonald Holyrood hotel in Edinburgh, closed its doors after the group announced it would be replaced by a new Surf & Turf concept.

In January the group announced it was cutting up to 50 jobs at its Bathgate headquarters because of what it called “unsustainably high” costs. It emerged in February that the board held talks with KOP Properties, a subsidiary of Singapore-listed KOP, about selling the company in a £400m deal.

Group founder and executive chairman Donald Macdonald said: “The board carefully weighed up all the proposals and unanimously agreed that selling the majority of the hotels to a new, well-funded investor will enable them to realise their full potential, both as hotels and in terms of the significant development potential on several of the sites.

“This is excellent news for the 2,200 loyal employees based at these hotels, their 190 colleagues in our central support team and also for our valued customers and suppliers.”

Gordon Fraser, deputy chairman and group managing director who holds a 6.64% stake, added: “The preferred bidder fits superbly with our ongoing aspirations for the hotels and they will bring significant investment and expansion of the portfolio.”

In 1996 Macdonald Hotels & Resorts, which had grown to 100 hotels and resorts with an annual turnover of £240m, was floated on the stock market – a move that Macdonald later admitted was a mistake.