Late winner sets up Clarke for tough test in Belgium 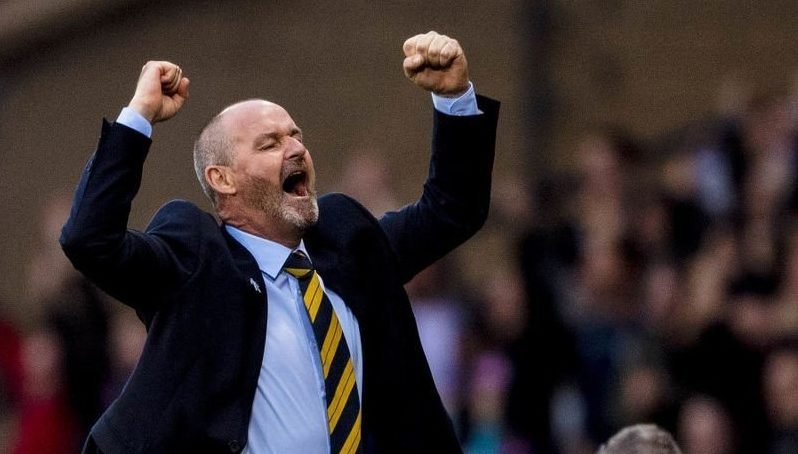 Scotland manager Steve Clarke has turned his focus to Group I favourites Belgium after netting a much-needed win over Cyprus in his first match in charge.

Oliver Burke scored a late winner in Glasgow to send the Scots off to Brussels in good spirits after a battling performance at the National Stadium.

It looked like it was going to be another disappointing result for the home side after the visitors cancelled out Andy Robertson’s 61st-minute long-ranger opener with just three minutes remaining.

However, Burke’s 89th-minute effort sealed the win Clarke was craving in his first game at the helm and which keeps alive the Scots’ qualification hopes.

“I’m pleased for the players. I thought the way they have worked this week going into the game that we would be good enough to win the game.

“We certainly put ourselves in a position to win the game with a great strike from Andy Robertson.

“From there I thought we had really good control of the game. I couldn’t see Cyprus scoring from open play.

“But unfortunately we switched off from a set-play and got severely punished for it.

“But after that, the character of the players to come back and the resilience (shone through). It would have been easy for them to feel sorry for themselves but they didn’t and I think that bodes well for the future.”

Elsewhere in Group I, the Belgians defeated Kazakhstan 3-0 at home while Russia demolished San Marino 9-0 in the Mordovia Arena.

The Scots face Belgium on Tuesday night, with their hosts looking to maintain their 100 per cent start to the group.