Investment pays off with uplift for Macallan distiller Whisky giant Edrington has seen investment in brands such as Famous Grouse and the Macallan pay off with a rise in profit for the year.

The Glasgow-based independent raised brand investment by 7% to £137.3m and The Macallan consolidated its position as the world’s most valuable single malt Scotch whisky, with the opening of the new distillery in Speyside.

There was strong growth for Edrington’s other malt whiskies, Highland Park, The Glenrothes and Naked, although a “challenging trading environment for blended Scotch” resulted in a decline in contribution for The Famous Grouse. Despite this it increased market share in a number of key markets including the UK.

Brugal, Edrington’s premium rum, delivered double digit growth in sales and contribution, principally through the success of its premium brand strategy in its home market, the Dominican Republic.

In line with Edrington’s increased focus on super premium spirits, exceptional proceeds of £124.2m were received last year from the sales of the Cutty Sark and Glenturret brands.

Scott McCroskie, who took over as chief executive from Ian Curle, said: “We have made further progress this year. A 9% rise in core revenue and 6% growth in core contribution is encouraging as it has been achieved against a backdrop of significantly increased brand investment, upgraded packaging and investment in capacity and capability.”

Mr McCroskie paid tribute to Mr Curle who retired at the end of the financial year. “These results underline the strength of the business built up during Ian’s 15 years as chief executive. It is an honour to succeed him as leader of this unique company.

“I am proud of what we have already achieved, and I am certain that as we intensify the focus on our super premium brands, we will deliver further success in the future.” 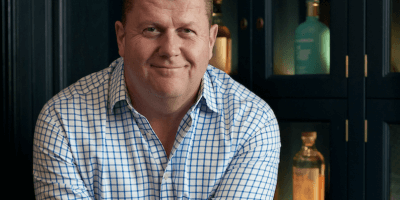 Planning rules may be eased on seating and EV chargers