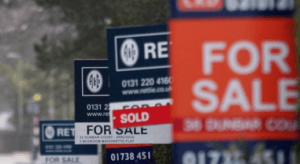 Opposition MSPs rounded on the government after new figures revealed that the Help to Buy scheme has supported home buyers earning up to £100,000.

Scottish Labour said the statistics underlined the need for the Help to Buy scheme to be scrapped and replaced.

Scottish Liberal Democrat housing spokesperson Caron Lindsay commented: “People will be surprised to see households with an income of up to £100,000 accessing the SNP Government’s Help to Buy scheme. Households with this sort of income should be able to afford to buy a home without the government’s help.

“If the system is imbalanced then the risk is that Help to Buy drives up prices while having little effect on supply.

“Ministers also need to reflect on the National Audit Office’s report last week which found that the equivalent scheme in England saw big builders raking in profits and the system being used by people who didn’t necessarily need it.”

The home building industry welcomed the figures, hailing the scheme a “success” and claiming it was a proven policy in delivering more homes.

Homes for Scotland said the data showed that over the last three years more than 7,000 households have been able to purchase a new build home with just a 5% deposit.  The data also reveals that the number of First Time Buyers using the scheme has increased to over 80% and that the number of purchasers who had previously been living with parents or relatives had risen to 45%.

Fionna Kell, director of policy at Homes for Scotland, said: “Today’s figures clearly demonstrate the demand that exists for Help to Buy and the important role it has to play in enabling those younger Scots who wish to, to get on the housing ladder and live independently as homeowners.

“The value that Help to Buy provides, not only as a proven policy driver for increasing housing delivery but also across a wide range of other areas is clear, but the scheme in Scotland is currently set to end in 2021.

“It is important that neither buyers nor builders [are] placed at a disadvantage to their counterparts south of the border where Help to Buy there has already been extended to 2023.